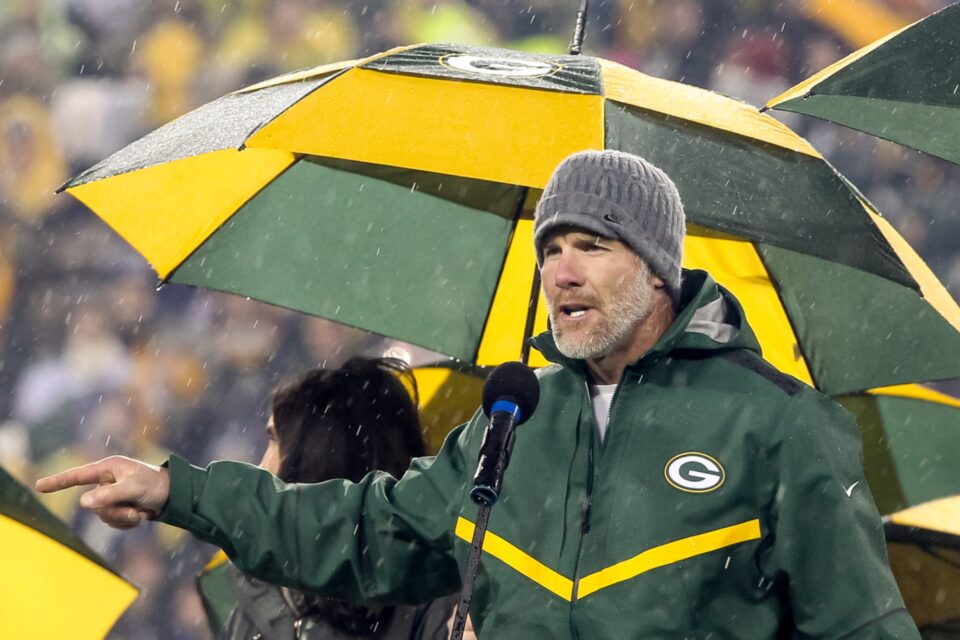 Hall of Fame tight end Shannon Sharpe didn’t hold back when going after Brett Favre for his involvement in an ongoing welfare scandal in Mississippi.

Let’s get one thing straight — Shannon Sharpe does not bite his tongue and certainly didn’t hold back when going after Favre.

After reports came out that the Hall of Fame quarterback was involved in a welfare scandal, stealing money from citizens in Mississippi (and using the funds to help build a volleyball stadium), Sharpe was rightfully upset and called the former Packer out.

“You got to be a sorry mofo to steal from the lowest of the low … Brett Favre is taking from the underserved. You made $100+ million in the NFL!”

— Shannon Sharpe, whose brother played with Favre, goes off on the former QB for allegedly participating in a MS welfare scheme pic.twitter.com/oJ8eL0pqDh

“You got to be a sorry mofo to steal from the lowest of the low … Brett Favre is taking from the underserved. You made $100+ million in the NFL!”

Preach Shannon. Preach. Let it out, and do not hold back. The incident is so bad that even award-winning author Jeff Pearlman disowned his book on Favre.

NBC reported that the welfare funds in question were part of the $86 million the federal government gives Mississippi each year to lift families out of poverty. Nancy New, also a defendant in the case, has already pleaded guilty to the charges against her. One has to wonder if Favre is next.

This is just an all-around bad look for Favre, and these are some serious charges. Again, Sharpe wasn’t the only person to call out Favre for this, and he certainly won’t be the last to do that.

The barrage of public outrage has only just begun, and it will not die anytime soon.