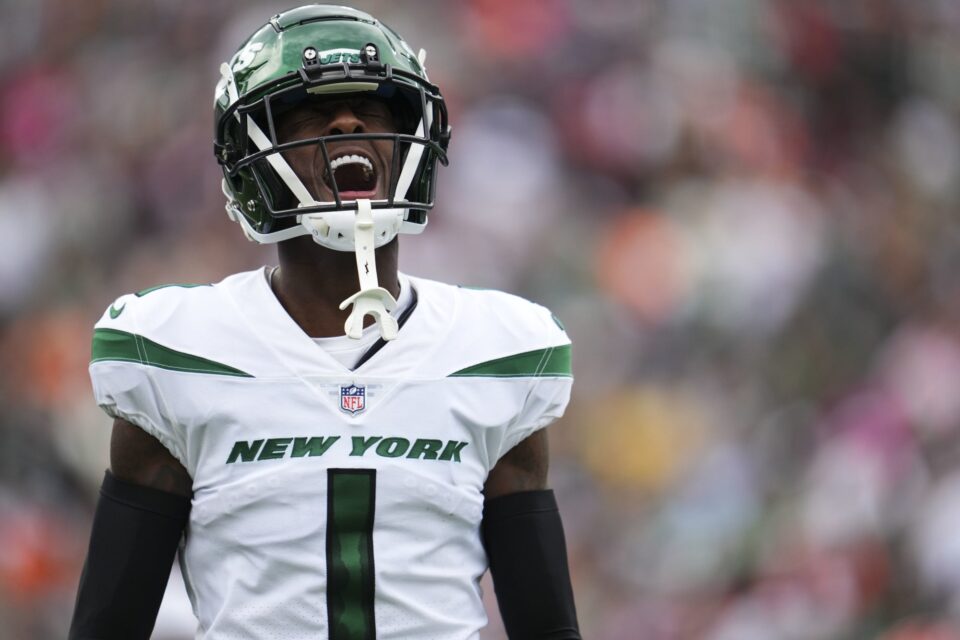 Most rookie cornerbacks struggle to start their NFL careers, but not Sauce Gardner of the New York Jets.

The 2022 NFL season has just completed its first four weeks, and the year-end awards debates will only increase from here on out. While the MVP, Offensive Player, and Defensive Player of the Year awards will dominate the discussions, there is a lot of talk surrounding who will be the Rookies of the Year on both sides of the line of scrimmage.

When it comes to Defensive Rookie of the Year, one name that has made his case to win is New York Jets rookie cornerback Sauce Gardner. The fourth-overall pick out of Cincinnati has allowed just nine receptions on 19 targets, per Pro Football Focus. His 47.4 completion percentage ranks better than some of the top corners in the NFL.

Sauce Gardner has allowed a reception percentage of 47.4% through four weeks, which is better than:

That is very good for a rookie cornerback for sure. Gardner was hyped as being one of the top cornerback prospects in quite some time. Not allowing a single touchdown in his three years with the Cincinnati Bearcats will help with that.

In the team’s most recent game against the Pittsburgh Steelers in Week 4, he allowed just nine receiving yards on seven targets, while breaking up a pass, per Pro Football Network.

“I think I’m the only one that don’t got one. That sounds crazy. Seeing stuff like that makes me want to get one”

– Sauce Gardner on the Jets defense having 6 interceptions this season pic.twitter.com/qZJFpQNKAx

“I think I’m the only one that don’t got one,” said Gardner. “That sounds crazy. Seeing stuff like that makes me want to go get one. My teammates just keep getting them. They’re just going to keep pushing me. I’m very excited for those guys for sure.”

Gardner is living up to the hype. In Week 5, he takes on a Miami Dolphins passing attack that includes fast wide receivers Tyreek Hill and Jaylen Waddle.