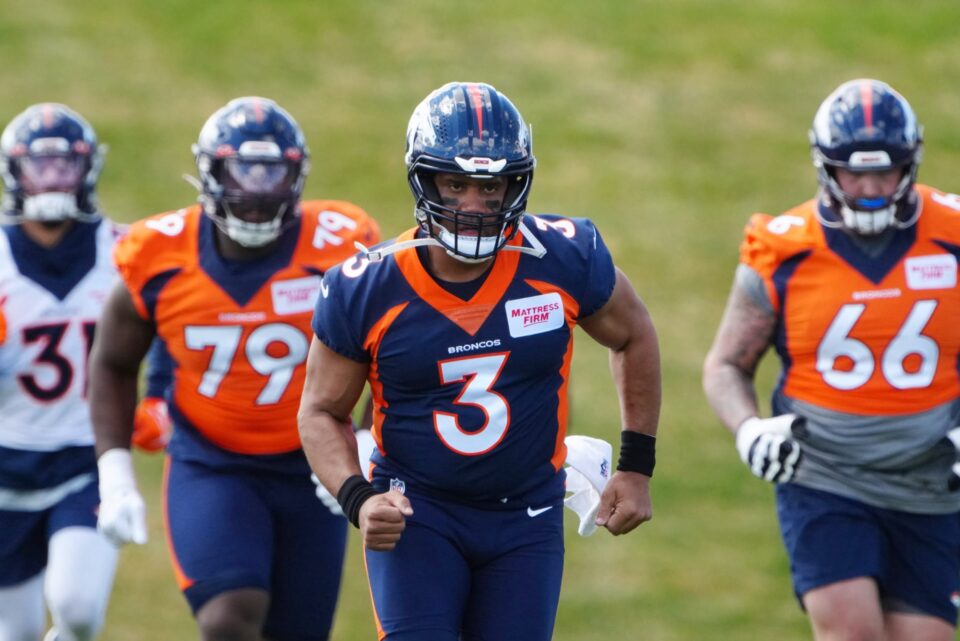 The Denver Broncos have signed quarterback Russell Wilson to a five-year, $245 million extension, and Twitter is losing its mind.

Russell Wilson is going to be with the Denver Broncos for a long time.

On Thursday morning, news broke of Wilson inking a five-year, $245 million extension with $165 million guaranteed, locking him in through the 2028 season when he will be 40 years old.

Deal now ties Wilson to Denver for seven total years and $296 million. Another massive QB deal in the books. pic.twitter.com/uk6yelOL3j

For Wilson, the deal is phenomenal. The Broncos are paying him $49 million annually and essentially guaranteeing he’ll be making a massive chunk of dough for at least the next six years (his current deal has two years left before the extension kicks in).

For Denver, it’s a gamble which needed taking. The Broncos have been searching for a quarterback since Peyton Manning retired in 2015, with the team not making the playoffs since. Wilson turns 34 during this season and so there’s risk he deteriorates as the extension goes on, but he could also lead Denver back to the Super Bowl. Again, a necessary chance.

Twitter is having a reaction to the Russell Wilson deal

On Twitter, the masses are predictably laying out their thoughts on the new deal:

Russell Wilson hurts Lamar Jackson trying to get a fully guaranteed contract. Ravens will surely insist that Deshaun Watson’s deal is an anomaly, much like Kirk Cousins’ was in 2018, after Wilson & Kyler Murray’s contracts.

Penner proved a good, sharp resource to close it.

Russell Wilson had a ton of leverage in his negotiations: Denver just traded multiple 1st-round picks & more to get him. They had to pay him. Plus, they just got new owners.

And yet, Deshaun Watson’s deal is still the best deal in the NFL. No one has come close to his structure.

Broncos coach Nathaniel Hackett’s reaction, via text, to QB Russell Wilson’s five-year, $245 million extension: “F— yeah!” Suffice it to say, the new HC is pretty excited about where he and his new QB could take things.

For the Broncos, Wilson gives them hope of competing in the loaded AFC West alongside Patrick Mahomes, Justin Herbert and Derek Carr.