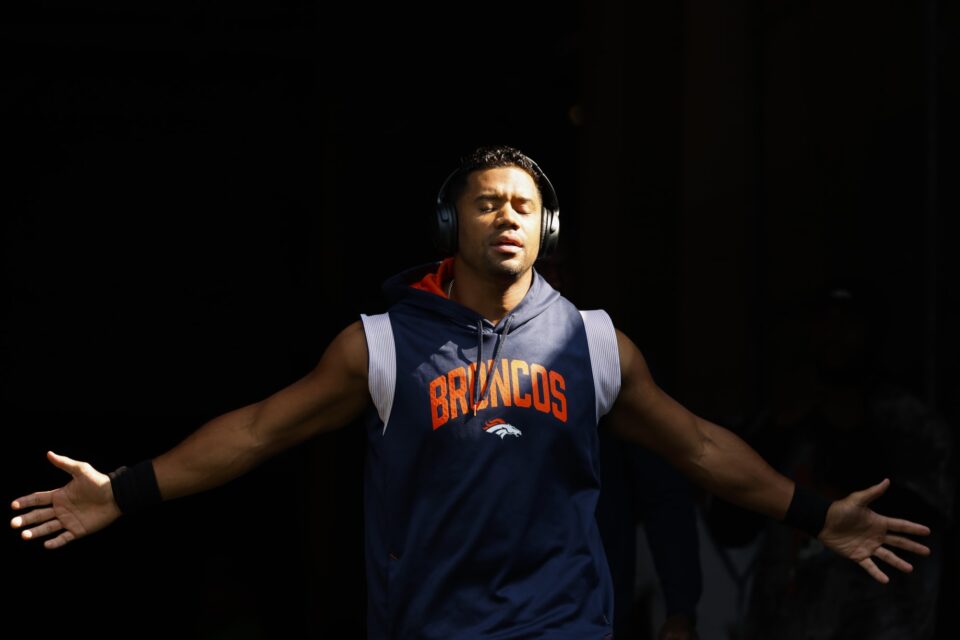 Former Seahawks QB Russell Wilson decided to dress up for the occasion upon his return to Seattle as a member of the Broncos.

Russell Wilson orchestrated a trade from Seattle to Denver this offseason but he’s going to have to play a game in front of the 12th Man before getting to experience the more friendly confines of his new home stadium.

The Broncos quarterback could have made his return to Seahawks country trying not to draw too much attention.

Instead, he went with an outfit sure to draw eyes.

Wilson sported a shimmering suit with a bowtie when he entered the stadium ahead of Monday Night Football.

Fashionistas can debate the look but it definitely resembled something you’d see in high school prom photos. The only thing missing was a ruffled shirt.

It was a look you’d almost expect to see at the Emmys, though Wilson is far from the first NFL player to wear something eye-catching.

It really doesn’t matter what Wilson wore to the stadium. It does matter what jersey he’ll be wearing on the field and how he plays in it.

After so many years of thrilling the fans in Seattle, he now has to go against his former team. Playing poorly and losing to them would be the ultimate embarrassment. Beating them while playing well would back up the argument that he had to leave in order to find greater success.

The Broncos are six-point road favorites so it would be a pretty big upset if the Seahawks humbled Wilson in his first start for Denver.