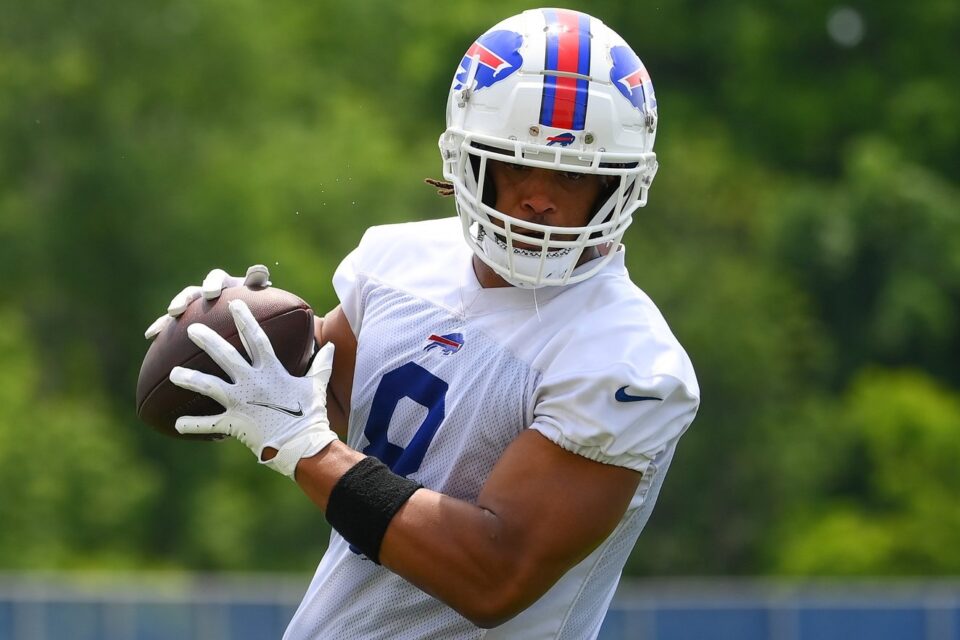 The Buffalo Bills released veteran tight end O.J. Howard in a long-anticipated move, per a league source. Howard was trailing on the depth chart at a deep position.

A former Tampa Bay Buccaneers first-round draft pick, Howard lost ground behind Quintin Morris and Tommy Sweeney. He did score a touchdown in a win over the Denver Broncos, but it wasn’t enough to secure a roster spot on a squad headlined by Dawson Knox, their veteran starter.

Howard caught 14 passes for 135 yards and one touchdown last season for the Buccaneers. He has 119 career receptions for 1,737 yards and 15 touchdowns. He’s expected to draw interest from tight end-needy teams. — Aaron Wilson

What happened to the former first-round pick of the Buccaneers is no mystery. After being buried behind Cameron Brate and then Rob Gronkowski, the athletic marvel who posted a 9.77 relative athletic score tore his Achilles tendon and was never quite the same player again. But there are quite a few tight end needy teams out there.

Could a reunion with the Buccaneers be in the cards?

Well, no. Tampa Bay added Cade Otton in the NFL draft and Kyle Rudolph in free agency, and they’ll both be backing up Brate still. However, the Philadelphia Eagles, New York Giants, and Carolina Panthers could all take a shot at Howard, given their depth at the position is currently lacking.

Grant Calcaterra might be a decent backup eventually, but he’s an unknown rookie for Philadelphia, who can’t feel good about Jack Stoll backing up Dallas Goedert. The Giants could be the most likely candidate. Daniel Bellinger suffered a concussion in the last preseason game and the rest of the depth chart is a barren wasteland. — Dalton Miller