Ravens mascot “Poe” sidelined for the season with knee injury 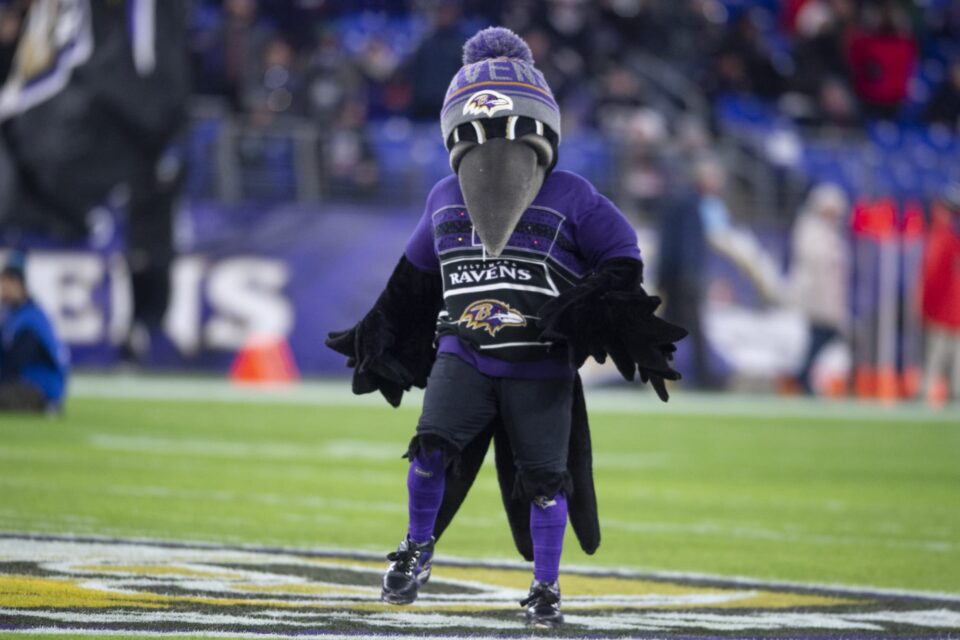 Baltimore Ravens head coach John Harbaugh revealed that mascot Poe is sidelined for the entirety of the 2022 season.

The Baltimore Ravens are going to be shorthanded heading into the 2022 season, and we are talking specifically about someone who will be on the sidelines.

Baltimore’s mascot, Poe, played in the mascot vs. youth football game during halftime of the their preseason finale against the Washington Commanders. A clip went viral of Poe being carted off the field following a tackle.

Ravens head coach John Harbaugh released a video, announcing that Poe was placed on the injured reserve after suffering a “drumstick” injury. Harbaugh noted that the team will be searching for a new mascot to fill in while Poe recovers.

Ravens mascot Poe out for season due to “drumstick” injury

Last year, the Ravens dealt with an unprecedented amount of injuries. Let’s not forget that the team lost JK Dobbins, Gus Edwards, and Marcus Peters were all ruled out for the 2021 season before it even started.

Now, they have to deal with injuries yet again, as Poe is ruled out for the year.

Baltimore is looking to make a return to the playoffs after missing out on it last year. They finished with an 8-9 record and actually finished in last place in the AFC North for the first time since 2007. This is also a pivotal year for Lamar Jackson, as he is set to become a free agent after the season.

While Baltimore looks for a fresh start in 2022, it will be weird not seeing Poe standing on the sidelines and getting the crowd at M&T Bank Stadium on their feet.