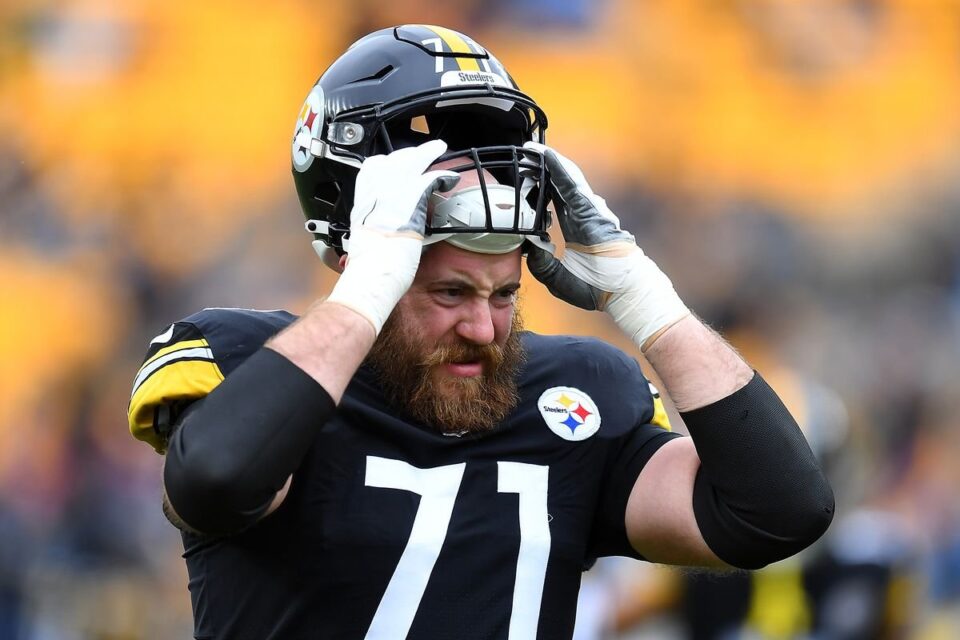 The Cleveland Browns padded their depth chart on Sunday, one week before the team is set to meet former QB Baker Mayfield and the Carolina Panthers in Charlotte, N.C. in Week 1. With a desire to improve the roster around fill-in starter Jacoby Brissett, the Browns reinforced the offensive line and tight end depth.

The Browns added veteran offensive tackle Joe Haeg early on Sunday, according to PFN’s Aaron Wilson. Later in the evening, Wilson reported that the Browns and veteran tight end Jesse James had agreed on a contract.

Haeg, a journeyman swing tackle, spent the summer with the Pittsburgh Steelers. The former fifth-round pick was released this past week after spending a season with the AFC North franchise. Haeg has bounced around since joining the league in 2016.

The 6-foot-6, 298-pound lineman spent four seasons with the Indianapolis Colts before winning a Super Bowl ring with the Tampa Bay Buccaneers as a swing tackle in 2020. He appeared in five games (one start) with the Steelers last season. He has appeared in 79 games (40 starts) during his career.

James spent the summer on the street. The 28-year-old tight end spent last season with the Chicago Bears, but has bounced around quite a bit, like Haeg, during his career.

James was a fifth-round pick of the Steelers in 2015 and spent four seasons in Pittsburgh. He then spent the next two seasons in Detroit with the Lions. The 6-foot-7, 251-pound tight end has caught 157 passes for 1,522 yards and 12 touchdowns during his career.

James will back up starting tight end David Njoku, who signed a four-year, $56.75 million contract this offseason after initially receiving the franchise tag. The Browns also have Harrison Bryant at TE.

As Doug Pederson and the Jacksonville Jaguars gear up for their season opener against the Washington Commanders, the front office — led by GM Trent Baalke — did some tinkering with the roster and practice squad.

Gotsis was a holdover from the Doug Marrone and Urban Meyer eras. He produced 64 tackles (10 for loss) and 3 sacks over the past two seasons with the Jaguars.

Along with reuniting with Gotsis, the Jaguars signed veteran defensive end Mario Edwards and wideout Jaylon Moore to the practice squad.

Edwards entered the league as a second-round pick of the then-Oakland Raiders. He has produced 16.5 sacks throughout his seven-year career.

Moore split the summer with the Baltimore Ravens and New York Giants. Moore spent the two previous seasons on the Ravens’ practice squad.

The 5-foot-11, 191-pound wideout will provide depth to the wideout group that is led by Christian Kirk, Zay Jones and Marvin Jones.