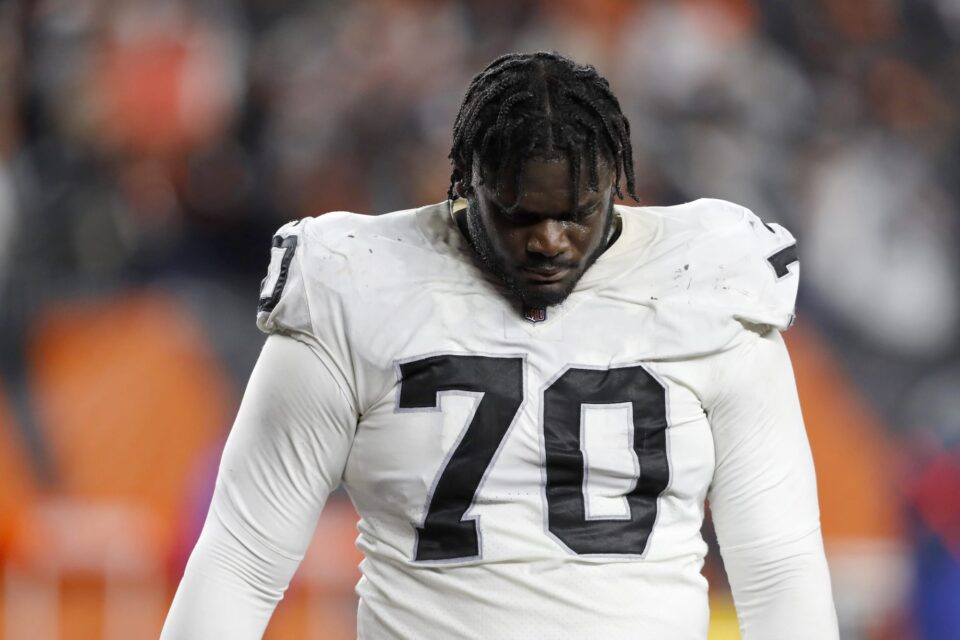 First-round picks with the Las Vegas Raiders hit less often than an inside straight on the river.

For Leatherwood, it makes one of the shortest stints for a top pick in recent NFL memory. The former Alabama Crimson Tide All-American played only one season but struggled badly enough at two positions both last year and in this preseason to no longer merit a roster spot.

I didn’t hold back in my thoughts on Las Vegas’ disastrous last three first-round draft classes:https://t.co/T7QBKnpVEe

Because Leatherwood doesn’t have six years of NFL service time, he will go through the waiver wire, with every team having an opportunity to claim him. Should multiple teams put in a claim, the 23-year-old would go to the franchise which had the worst record in ’21. However, it’s highly unlikely anybody claims Leatherwood, as said team would need to absorb his rookie deal. It’s almost certain he’ll pass through waivers before being signed as an unrestricted free agent.

While the move certainly reflects on Leatherwood’s ability to showcase his talents in Las Vegas, it’s a bigger indictment on the former regime.

Under Mayock, the Raiders had six first-round picks between 2019-21. While safety Johnathan Abram, edge rusher Clelin Ferrell and running back Josh Jacobs remain on the roster, all are pending free agents after their fifth-year options were declined. Meanwhile, Leatherwood has been released, and both 2020 first-rounders in receiver Henry Ruggs III and corner Damon Arnette are no longer with the team after off-field incidents.