Packers trying to create their own version of Deebo Samuel 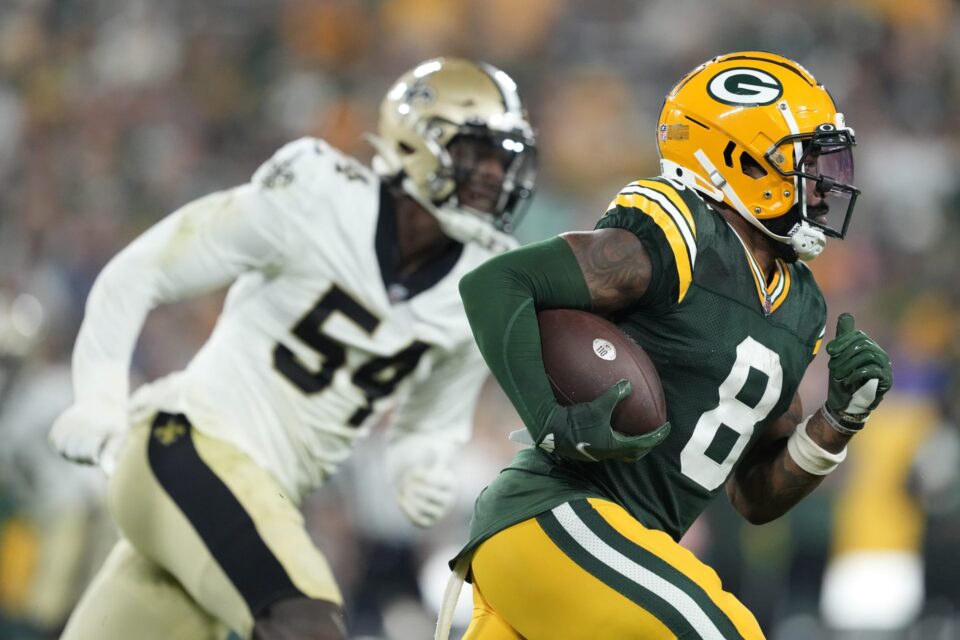 By choosing to roll with just two running backs on their initial 53-man roster, the Green Bay Packers seem to have bigger plans.

On their initial 53-man roster, the Green Bay Packers only listed two running backs. It sounds perplexing, but maybe something is brewing.

Gutekunst on keeping only two RBs: “I think the emergence of Amari Rodgers doing some stuff back there could help us on gameday” #Packers

We’ve seen wide receivers be used in the backfield before, but could the Packers have something else up their sleeve? Maybe the belief that Amari Rodgers could be their version of Deebo Samuel, who played a significant role in sending Green Bay home last year in the playoffs?

The Green Bay Packers only kept two running backs, but do they view Amari Rodgers as a Deebo Samuel-type player?

For those who may have forgotten, Deebo Samuel was drafted as a wide receiver by the 49ers, and the Packers did the same with Amari Rodgers. Both run a similar type of west coast zone-run scheme, requiring versatile players willing to move around and create mismatches with fundamentals and ability.

Still, to only keep two running backs on the roster raises a small red flag, but not one that is making folks go haywire and race to their keyboards to rant. It merely asks questions about what Green Bay is doing and whether or not they have a plan to add another running back or move Rodgers to the backfield instead of strictly playing outside. Tyler Goodson, who Green Bay cut on Tuesday, cleared waivers on Wednesday and could be signed to the practice squad to have on hand if needed.

Sometimes, you have to be patient and watch it work. Green Bay has shown that in the regular season, what they are doing seems to work. It will be interesting come playoff time if they can keep that success rolling. There’s no harm in trying, and you can’t knock a player like Amari Rodgers for doing whatever it takes to get on the field.