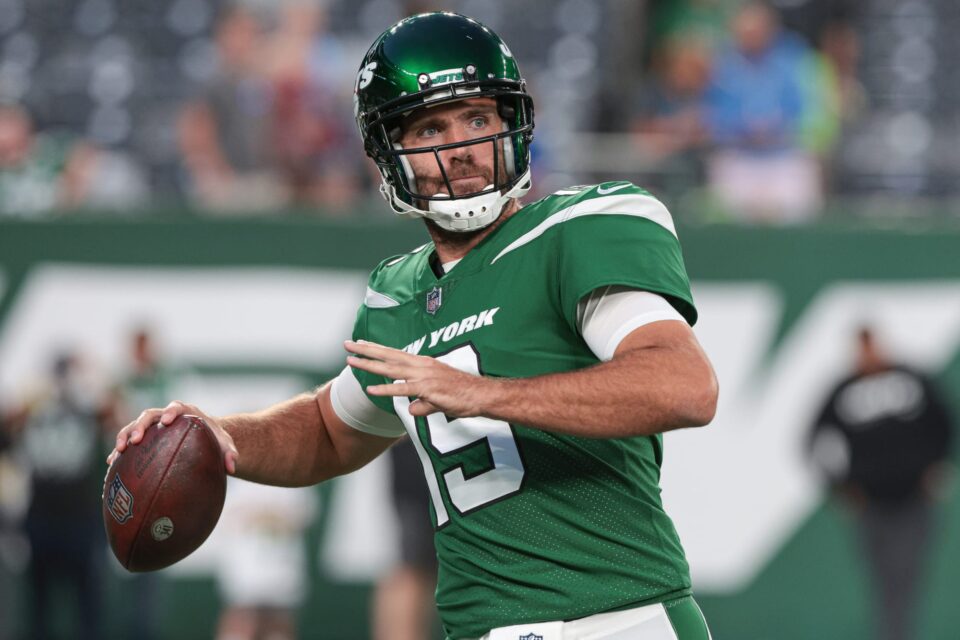 It’s no secret that kids are brutally honest. New York Jets quarterback Joe Flacco’s kids didn’t hold back on letting him know his team is terrible.

The phrase “kids say the darndest things” was proven true by New York Jets quarterback Joe Flacco’s kids. They were brutally honest and let him know the Jets are terrible, and Flacco got a kick out of it in a video shared by the Jets on Twitter.

Flacco discussed that when he tries to give his son hitting advice, his son tells him, “Well you stink! You’re not good!”

The kids aren’t wrong about New York not being great. Last season, they finished last in the AFC East standings with a winning percentage of just .235. They went 4-13, and they’re not expected to do much better this season.

The Jets will likely still have a difficult season in 2022

According to CBS Sports, the Jets are still expected to miss the playoffs this season, but they may win another game or two compared to last season. They’ll likely still finish last in the AFC East.

Flacco, however, isn’t the worst quarterback. Last season, the 14-year veteran had a completion percentage of 64.3 and 338 passing yards. He had 42 attempts and 27 completions. Though there’s still room to improve, he helped the team. He’s in his twilight years now and mostly serving as a mentor to Zach Wilson, the QB1. Wilson currently is questionable with a knee injury, though, and head coach Robert Saleh hasn’t announced a starter for Week 1 yet.

New York has a lot of improvement to do as a whole. They haven’t been to the playoffs since 2010 and have only been to one Super Bowl, which was in 1968. Every playoff in the 2000s they’ve made was from a Wild Card spot. It would be more surprising for the Jets to have success than it would be for them to not have success this season.