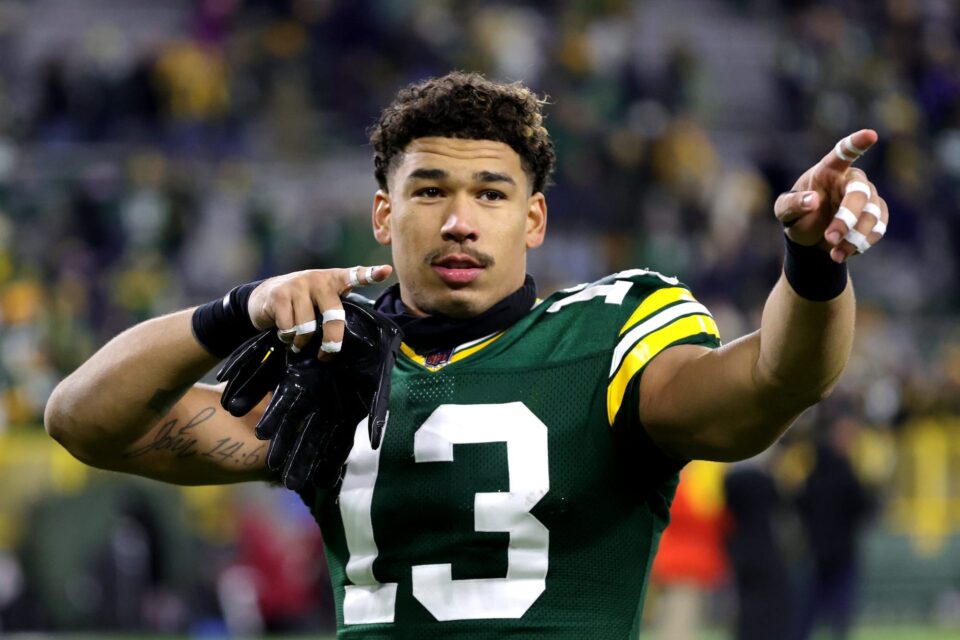 Green Bay Packers wide receiver Allen Lazard is doubtful for the team’s season opener against the Minnesota Vikings. Here’s what that means:

Aaron Rodgers entered the Packers wide receiver room in training camp to some unfamiliar faces — which includes rookies Romoe Doubs and Christian Watson. One of the holdovers from last year was Allen Lazard, who is expected to play a big role for the Pack this year.

That impact may have to wait until Week 2 at least, however, as Lazard is doubtful against the Vikings.

With Lazard out, it’ll open up an opportunity for Randall Cobb, and perhaps one of the new faces, to make an early impression on Rodgers. Preseason stats are meaningless come Week 1, as much as Rodgers may have praised his new weapons in camp.

Without Lazard, it’ll be next man up for the Packers.

Fantasy owners drafted Lazard for many of the reasons the Packers prioritized him on their depth chart. However, claiming to know which wideout will take the place of Davante Adams as Rodgers’ favorite is a fools’ errand.

The good news for fantasy football owners who do not have Allen Lazard on their team is that they get a preview of what’s to come without Adams, and won’t be hurt for missing out on Lazard’s services.

The opportunity provided to the likes of Doubs, Watson and Cobb in a pass-heavy system gives them a head start over Lazard, even in the weeks to come as he recovers from injury.

Don’t expect Green Bay to miss a beat without Lazard (or Adams in the long run), as they won each of their seven games without Davante over the past three seasons. Rodgers always finds a way to adjust.