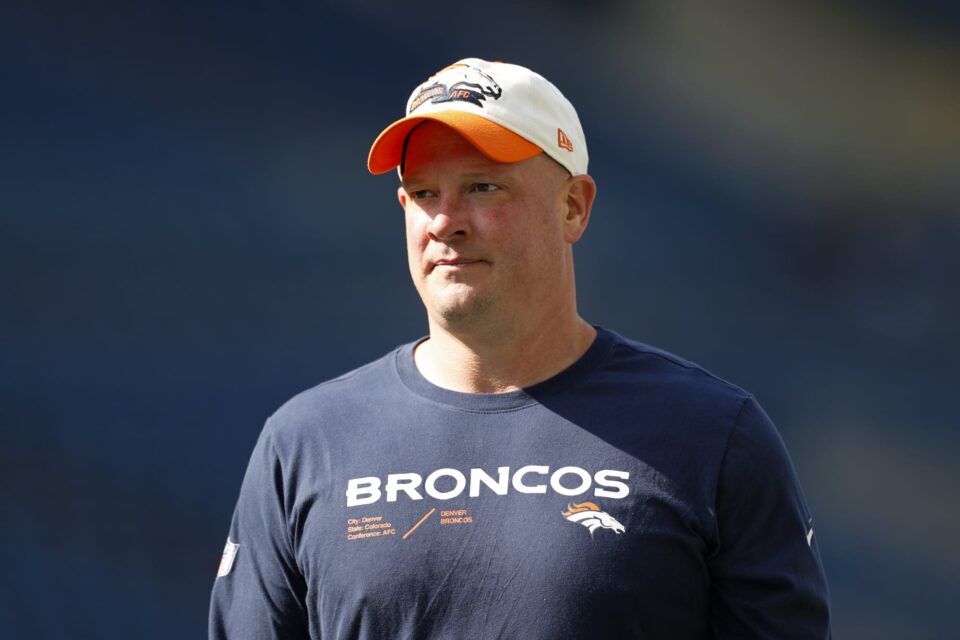 The new batch of head coaches have made statements early on this season. Mike McDaniel of the Miami Dolphins and Brian Daboll of the New York Giants are undefeated after picking up some notable victories. Then there is Nathaniel Hackett of the Denver Broncos, who has left fans scratching their heads. Whether it is opting to go for a 64-yard field goal in Week 1 or his clock management in Week 2.

When speaking with the media on Wednesday, Green Bay Packers head coach Matt LaFleur said that he has “all the confidence in the world” in Hackett, who was his former offensive coordinator for the previous three seasons.

Matt LaFleur was asked about Nathaniel Hackett having a rough start in Denver: “I’ve got all the confidence in the world that he’s going to do a great job.”

LaFleur: “He’ll figure it out, no doubt about it. So everybody needs to stop hitting that panic button down there.”

Hackett’s start to his coaching career had not gone as expected. He was the lone first-year head coach to lose in Week 1.

Speaking of Week 1, Hackett entered the national spotlight for his decisions in the fourth quarter. Facing a fourth-and-five, Hackett let 30 seconds of game clock tick off before calling the first of his three timeouts. Then, instead of having quarterback Russell Wilson go for the fourth-down conversion, he opted for Brandon McManus to go for a 64-yard field goal. It was no good, and then Hackett decided to use the final two timeouts to delay the inevitable.

Days after the loss, Hackett said that he should have gone for it on fourth down.

In the Week 2 game against the Houston Texans, Hackett’s clock management entered the spotlight once again. In the home opener, Broncos fans were loudly counting down the time on the play clock.

Hackett’s start to his head coaching career in Denver has not gone as smoothly as his counterparts. But, LaFleur is imploring fans to be patient.