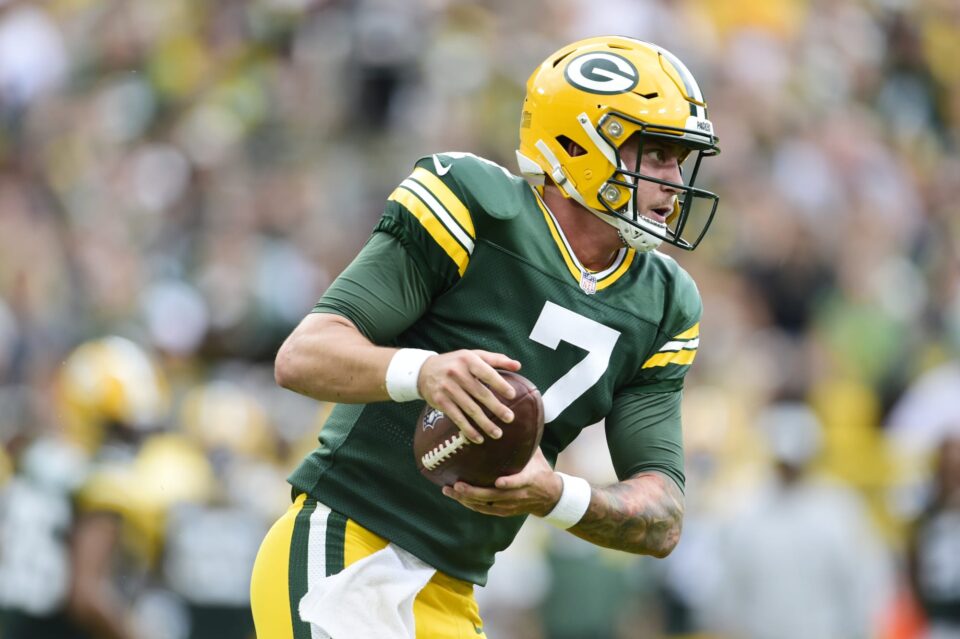 While Kurt Benkert is nowhere near the superstar Aaron Rodgers is for the Green Bay Packers, he is a favorite of the Lambeau faithful.

Unfortunately, that label might be gone now as Benkert has been signed to the San Francisco 49ers practice squad. San Francisco, the pesky conference rival for the Green and Gold.

Benkert, an undrafted free agent in 2018, gained popularity with the Packers through his social media, notably going on famous Youtuber Tom Grossi’s “Packcast” Podcast, talking all things Green and Gold. Those plans might be put on hold now.

Kurt Benkert was a Packers fan favorite, but now the rival 49ers have him in tow

With Jordan Love entrenched as the backup behind Rodgers, there was not much of a chance for Benkert to make a strong case as the No.2 signal caller, but that didn’t deter him from endearing himself with the Packers fanbase.

Not always is the best player on a team a fan favorite. Sometimes, it’s the unknowns who find themselves in the hearts of those who support the team. In this case, it was Benkert. Green Bay must undoubtedly hope that Benkert’s joining of the 49ers doesn’t spill any secrets of the Packers’ offense, giving San Francisco yet another advantage.

San Francisco has beaten Green Bay several times in the playoffs, notably last season in the divisional round. Still, things can swing in a rivalry when the opposite side finally gets their shot at glory; see Tampa Bay and New Orleans. But there’s no question Grossi and the rest of the Green and Gold feel pain over Kurt Benkert leaving the Pack for the Bay. That’s just the unfortunate nature of the business.