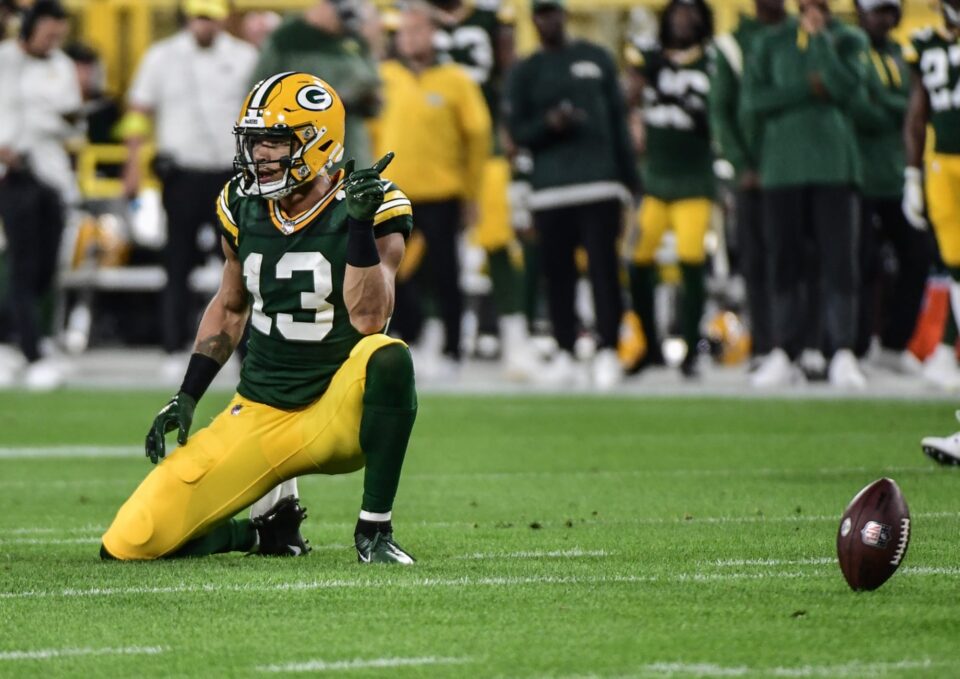 Aaron Rodgers found Allen Lazard for a touchdown just before halftime and the Packers hilariously shouted out their QB with an ayahuasca celebration.

Aaron Rodgers’ exploits have been under the microscope over the past year and a half but one of the wildest revelations from the Green Bay Packers quarterback was that he had been attending ayahuasca retreats. For those unaware, ayahuasca is a psychedelic tea with hallucinogenic properties.

The reigning back-to-back NFL MVP opened up about how his experiences with ayahuasca opened him up to self-love and even credited his journey with helping him to take home the league’s highest individual honors and be a better teammate and leader on the Packers.

So, of course, the rest of the team had to shout that out in their own way on primetime in their Sunday Night Football matchup against the Chicago Bears.

Right at the end of the first half, Rodgers found Allen Lazard for a five-yard touchdown that pulled Green Bay ahead, 24-7. Most of the Packers on the field then gathered around the receiver and the celebration featured Lazard mimicking pouring tea for all his teammates and them subsequently “passing out”.

Rodgers appeared to appreciate the shoutout to his psychedelic journey as he was seen smiling and laughing with Lazard when he dapped up his receiver to end the celebration.

As far as touchdown celebrations go, this is absolutely top-notch stuff. There is always entertainment to be had when players get creative, but it’s even better when they can have a little fun at someone like Rodgers’ expense in doing so. The ayahuasca celebration deserves its place in Canton.

To be sure, the Packers had plenty of reason to celebrate as well. Yes, they scored, but after a disastrous Week 1 against the Vikings, Rodgers and Green Bay looked back to form against another NFC North rival.