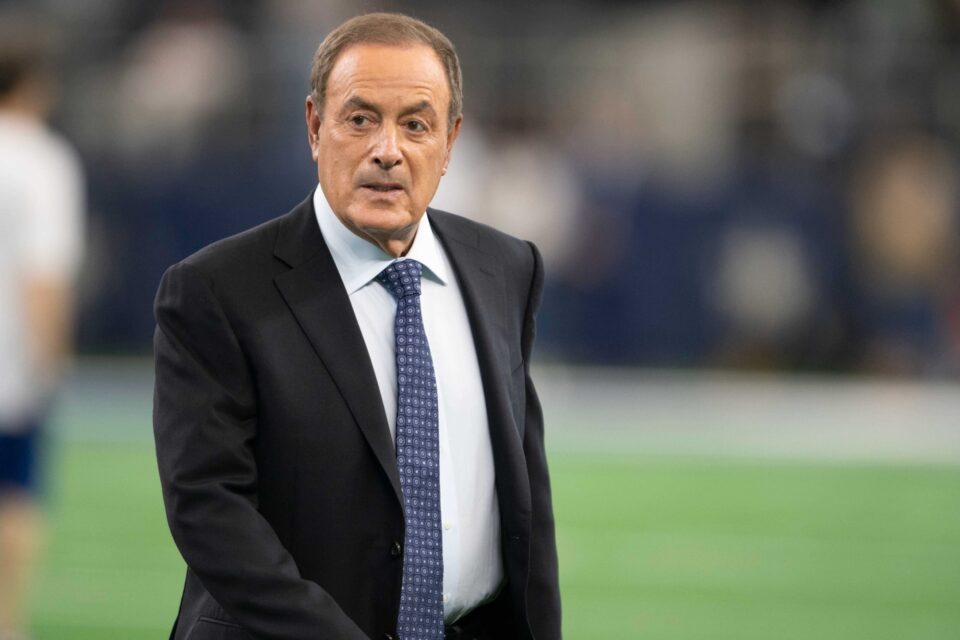 NFL Twitter was frustrated by the way Al Michaels glossed over the reasons for Deshaun Watson’s suspension and made light of his penalties.

The NFL suspended Deshaun Watson for 11 games because the league determined allegations that he sexually assaulted more than 20 massage therapists were credible.

There, we just said what the Amazon Prime broadcast of Thursday Night Football apparently wasn’t willing to say.

Al Michaels was on the call on Thursday night as the Browns battled the Steelers. When the time came to discuss the status of Cleveland’s suspended quarterback, he disappointed his audience and they let him know it on Twitter.

“The Browns, they had Johnny Manziel, that didn’t work out. They drafted Baker Mayfield, he’s with Carolina now. They have Watson, if that doesn’t work, then what? Just exhume Otto Graham.”- Al Michaels

Al Michaels managed to breezily run through “the controversial” DeShaun Watson scandal without mentioning the victims.

But Michaels did say the owners are *not pleased* by Watson’s unprecedented $230 million guaranteed contract because billionaires feeling put out is the story.

This Thursday Night Football broadcast just went through Deshaun Watson’s whole suspension timeline and didn’t mention a detail about him sexually assaulting 20+ women. And Al Michaels referenced his contract as a way to motivate him to “do what you need to do.”

Glad Al Michaels dove into the @deshaunwatson atrocities by mentioning that he is forced to use team sanctioned masseuses. Great work Al.

Do you believe in miracles?

Say *why* Watson was suspended on TV challenge

Al Michaels: “If $230 million dollars isn’t enough for him to do what he needs to do then I don’t know what is”. This statement paints Watson as some sort of victim and is a disgusting framing of his sexual assault scandal. And the broadcast did not mention why he was suspended

Al Michaels thinks Deshaun Watson should stop being a serial predator for the money.

Michaels skirted around talking about Watson’s actual misconduct. Then he made several insensitive comments relating to the measures the NFL has put in place to protect the women in Watson’s orbit.

For example, Watson must use in-house massage therapists and has to go to therapy. Michaels related it all back to a joke that amounts to how much money it takes to convince a man it’s not worth it to commit more sexual misconduct.

He put a cherry on top by talking about the Browns exhuming Otto Graham to play quarterback for them.

Amazon Prime just ran a produced segment about Deshaun Watson. It involved Al Michaels talking to himself. Kirk Herbstreit completely removed himself from the conversation. His choice. But that only cheats the viewer. As the in-game analyst it’s your job to say something.

At least Herbstreit didn’t put his foot in his mouth, but his silence was noted.

Watson’s situation is a delicate subject for the NFL and its broadcast partners. It’s not exactly a surprise that they don’t want to have these conversations. However, the people handling these segments should take responsibility for the seriousness of what they’re discussing.

It’s going to be hard enough to watch the conversation turn towards just football when Watson makes it back on the field. Sugarcoating it now just makes it more frustrating.