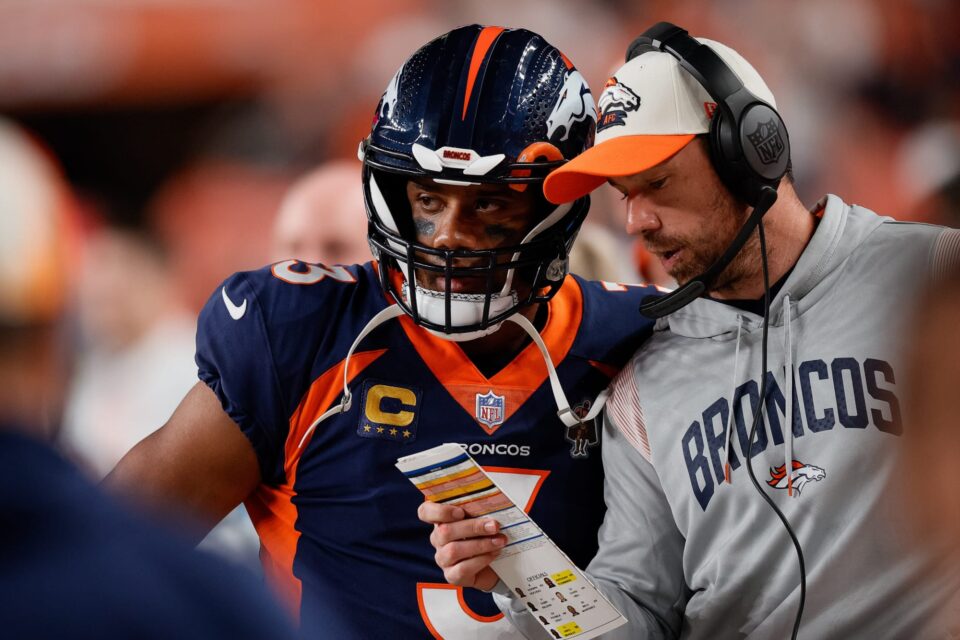 NFL Twitter had cooking jokes galore as Russell Wilson and the Broncos offense struggled on Sunday Night Football against the 49ers.

Russell Wilson is supposed to be one of the best quarterbacks in the NFL. Until late in the fourth quarter against the 49ers, he and the Broncos offense looked like they couldn’t outscore the Iowa Hawkeyes.

Denver’s offense produced three points in the first 44 minutes of play on Sunday Night. The defense produced two points thanks to a hilarious safety.

Nathaniel Hackett: We have food at home.

The Broncos have as many points tonight as the number of draft picks they gave up to get Russell Wilson: 5

The Broncos traded for Russell Wilson so their new head coach could punt on 4th and inches down 5.

jimmy garoppolo looking like what he is, what he’s paid to be — an upper echelon backup.

what’s gotta be terrifying for anyone associated with the broncos is russell wilson looks no better.

Wilson did produce a stellar drive to take the lead with just over four minutes to play. It was the first time he looked like he had anything about him. Mostly, he used his legs to give himself time and then managed to sling it around to his receivers.

It was classic Russell Wilson. Even that had people wondering why they hadn’t seen anything remotely like it from him throughout his Broncos tenure so far.

Hackett faced further criticism when the Broncos offense had the ball back with a chance to kill the game and he took the ball out of Wilson’s hands.

In the end, the Denver defense made sure they won the game forcing turnovers on each of San Francisco’s last two drives.

The Broncos’ didn’t trade all those assets to have to rely on their defense holding an opposing team to 10 points. A 49ers team without star tackle Trent Williams out injured probably wins that game.

Denver has a lot of work to do to whip that offense into shape, that’s for sure.