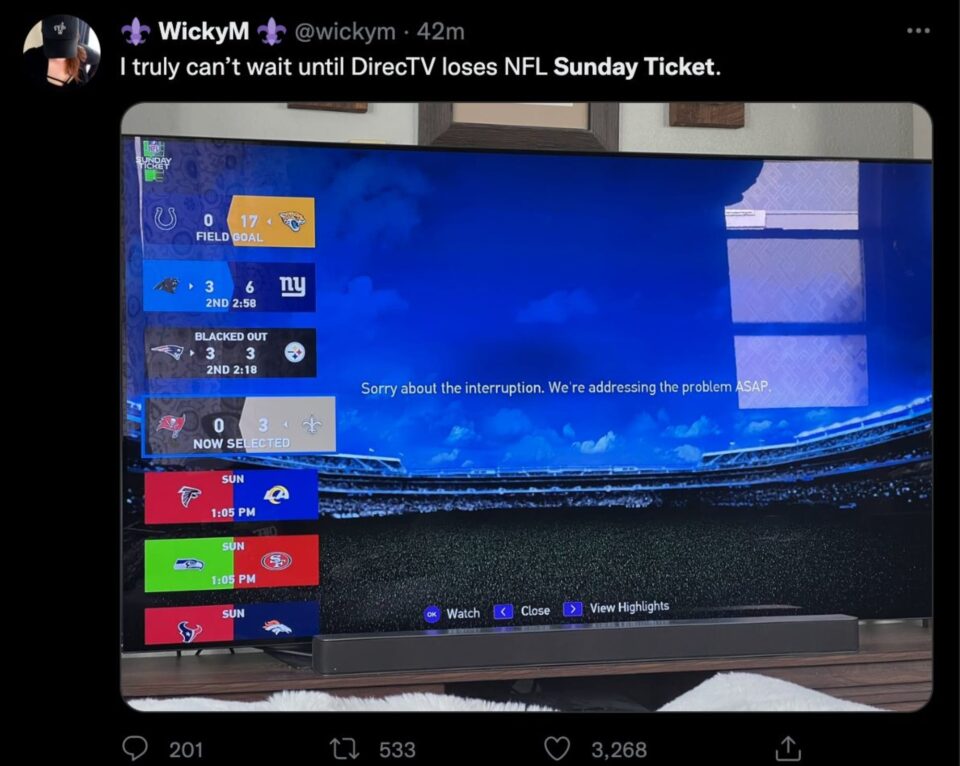 It was a rough day for NFL Sunday Ticket, which was apparently not working for a large portion of fans trying to watch some Week 2 action.

For anyone who woke up on Sunday morning expecting to have a carefree football viewing experience, NFL Sunday Ticket had other plans.

As streaming has become more and more normalized, our consumption of sports has fundamentally changed. From MLB.tv to NBA League Pass, it’s so much easier to tune in and see what sports you want to see.

Unless that sport is the NFL.

A dinosaur in terms of getting with the technological times, the NFL is a million miles behind even the NHL when it comes to accessibility to gameday streaming. When you’re even further behind than hockey, you know it’s time to change some things up.

NFL Sunday Ticket was revolutionary in its time, giving fans everywhere a way to watch games outside of their market. But that was the early-90s and times have significantly changed. In the year of our lord 2022, it should not be as hard as Sunday Ticket makes it to stream the NFL.

Instead of enjoying another weekend full of football, fans spent their time on Twitter complaining about how NFL Sunday Ticket — the product meant to provide them with football — was preventing them from actually watching it.

And my @DIRECTV Sunday Ticket app is once again not working, after I got an email from them this week assuring me they fixed the technical glitches from last week.

So Sunday Ticket is just flat out not working now?

NFL Sunday ticket is an inexcusably poor product, my god.