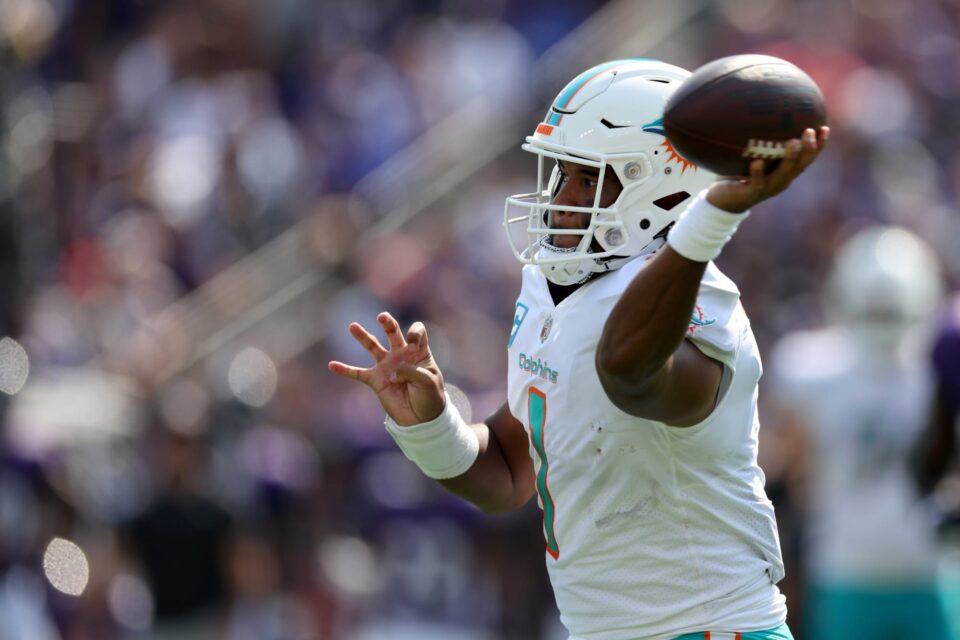 Dolphins-Bills and Ravens-Patriots are among the highlights of a loaded Week 3, but what NFL action will be available in your area?

The NFL season flies once it gets going and the end of September is nearly upon us after the end of Week 3. There have been some big storylines early in the season, including a potential breakout from Tua Tagovailoa and the Miami Dolphins, who are set to play one of Week 3’s showcase games against the Buffalo Bills.

Ravens-Patriots and Packers-Buccaneers are also among the other top games this weekend, but what games will be available in your area and who will be on the call for them? Check out this week’s NFL TV coverage maps, courtesy of 506 Sports, to find out.

The first game of Week 3 is a critical AFC North battle for two teams coming off losses. Cleveland is under more pressure here after the Browns’ epic collapse against the New York Jets in Week 2.

CBS’ single header is stacked in the early window with Chiefs-Colts going to most of the country while Bengals-Jets and Bills-Dolphins split most of the Eastern seaboard. The one 4:05 game sees the Jaguars fly across the country to take on Justin Herbert and the Chargers.

Two AFC games were cross flexed to FOX by the NFL in the schedule making process and they are probably the two best games in this window for the network. The other three games are divisional matchups, including Detroit’s bid to put the NFC North on notice by winning in Minnesota.

The headliner of the day is the Packers-Buccaneers showdown in Tampa Bay as Aaron Rodgers and Tom Brady square off for what could be the final time in their careers. Rams-Cardinals is a good undercard while no one outside of local markets will get Falcons-Seahawks.

The Sunday night game is full of intrigue as Jimmy Garoppolo is back under center as the 49ers’ starter against a Broncos’ team that has looked sluggish in the start of the Nathaniel Hackett/Russell Wilson era.

The Giants will look to build on their surprising 2-0 start with a win against the Cowboys, who got a victory last week without injured starter Dak Prescott. The game will be simulcast on both ESPN and ABC while the Manningcast returns on ESPN2.