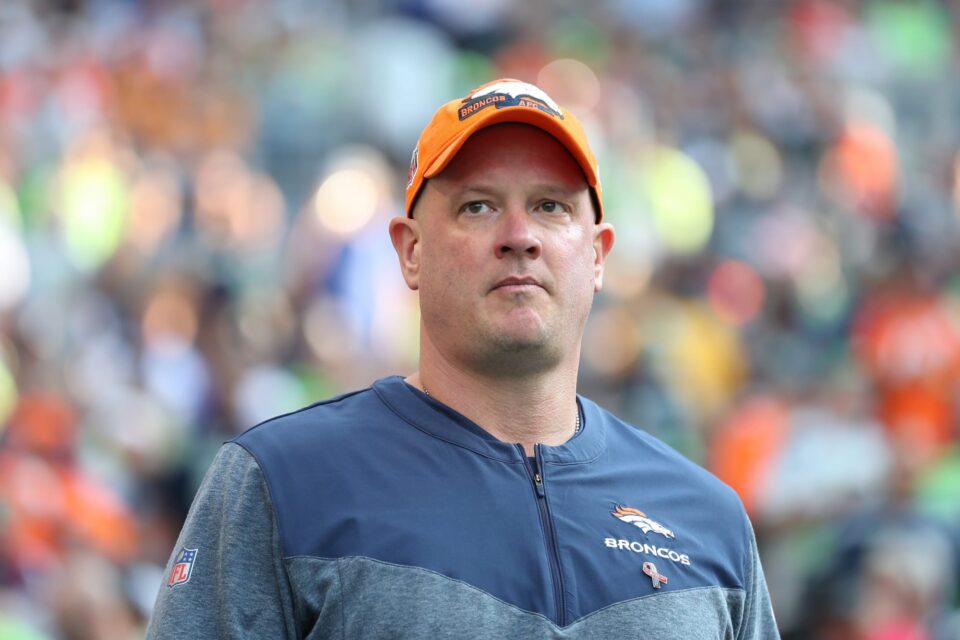 Nathaniel Hackett has been second-guessed into oblivion for kicking the field goal on fourth down in the Broncos opener, including by himself.

If new Denver Broncos head coach and former Packers offensive coordinator Nathaniel Hackett thought he was going to make it through his first game without being put through the wringer, he was sorely mistaken.

Trailing 17-16 on Monday Night Football in Seattle, Hackett and the Denver offense elected to run down the clock on fourth-and-5 in the final minutes to attempt a 64-yard go-ahead field goal rather than take a timeout and go for it. That proved to be an ill-fated strategy as Brandon McManus missed the attempt and the Broncos lost.

Naturally, that decision was heavily criticized by almost everyone. And now we can add Hackett to the people second-guessing his own decision in Week 1.

Broncos: Nathaniel Hackett would’ve gone for fourth-and-5 if he had a do-over

Speaking with the media on Tuesday, the Broncos head coach said that he “should have gone for it” in that situation, essentially admitting to his mistake and wishing he had a redo on his first game-ending situation as a head coach.

Hackett: “Looking back at it, definitely should have gone for it.” On passing up 4th and 5 for 64 FG. #9sports

There’s no question that Hackett’s decision all but cost Denver the chance to pick up the win in Seattle and ruined the Russell Wilson revenge game against his former team.

At the same time, though, it was a bit wild that Wilson and the team found themselves needing that final score to get the win. The defense was problematic as they let Geno Smith dice them up consistently throughout the game. Moreover, multiple deep red-zone trips resulted in turnovers instead of points while the penalties were shockingly abundant.

All told, there is a lot that the Broncos need to grow from over the final 16 games of the regular season. With that said, though, Hackett’s late-game decision-making will now be under the microscope after the way his tenure started.