Michael Thomas has harrowing warning for rest of NFL 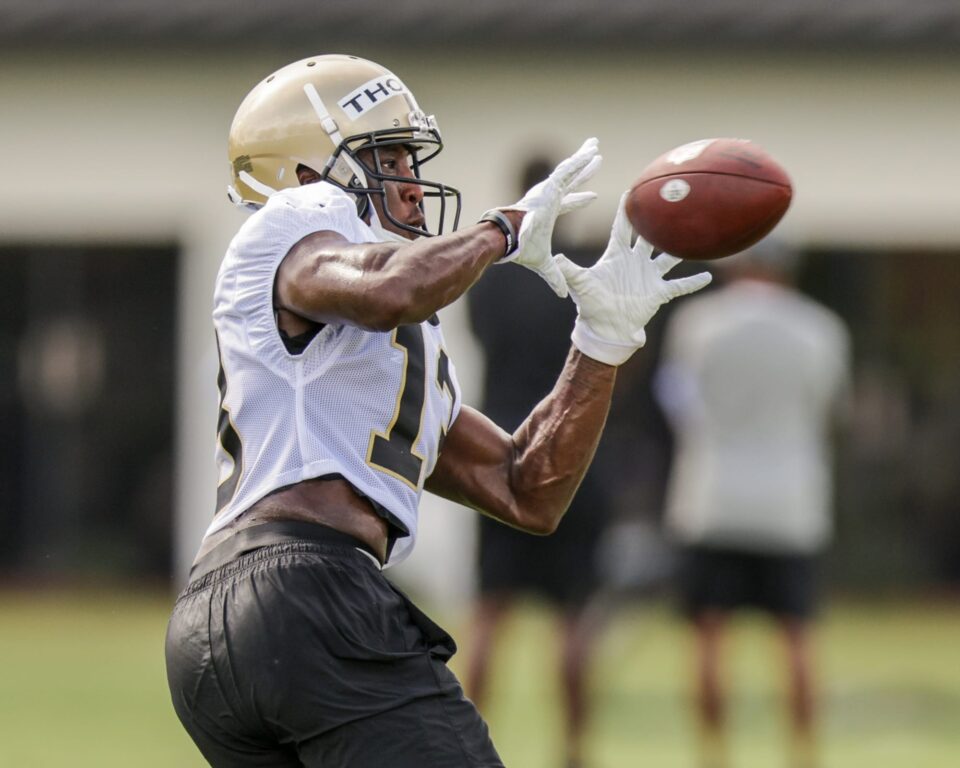 New Orleans Saints wide receiver Michael Thomas issued a warning to the rest of the NFL.

After missing the entire 2021 season, New Orleans Saints wide receiver Michael Thomas is expected to start Week 1 against the Atlanta Falcons. Thomas has struggled with ankle injuries over the last two years. He appeared in only seven games in 2020.

Thomas’s last healthy season came in 2019 when he led the entire NFL in both receptions (149) and receiving yards (1,725). When asked if he can return to that level, Thomas made a bold proclamation.

“I’m trying to top that,” he said per ESPN’s Mike Triplett.

Saints WR Michael Thomas asked if the guy we saw in 2019 is still there:

First of all, we need to put into perspective how historic Thomas’s 2019 season was. His 149 receptions did not only lead the NFL; it set a new single-season record. Cooper Kupp and Marvin Harrison are the only other wide receivers to ever eclipse 140 receptions in a single season.

Accomplishing that feat required a high volume of targets, and Thomas was targeted 185 times, which is the tenth-most in a single season all time.

To statistically top his 2019 season, Thomas will need to see a comparable volume of targets. That may not happen. In 2019, the Saints’ second wide receiver was Ted Ginn Jr. This season, they will have first-round pick Chris Olave and veteran Jarvis Landry. Olave and Landry could potentially take on larger target shares.

That does not mean Thomas will not have a great season. In 2018, he received 147 targets and had a league-leading 125 receptions. Given the Saints’ current roster, that seems like a more realistic projection.