Miami Dolphins WR Jaylen Waddle’s Health Is A Reason For Concern, But Not Alarm (yet) 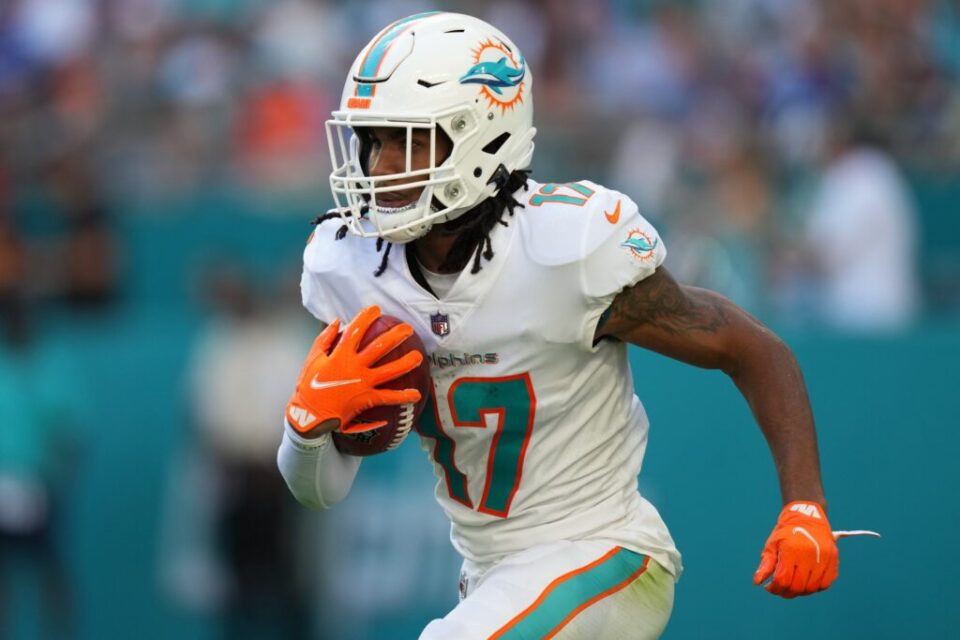 MIAMI GARDENS, Fla. — This much we know about wide receiver Jaylen Waddle, who has been dealing with an unspecified injury for three weeks: The Miami Dolphins expect him to play at some point in the first month of the season.

If his issue — believed to be a lower-body soft-tissue ailment of some sort — was significant to keep him out the first four weeks of the season, they would have placed him on the injured reserve Wednesday.

Instead, he was with his teammates at practice, although it was unclear how much he actually did. Reporters are only allowed to view a short portion of practice for the rest of the season, and teams do not have to disclose injury details until next week.

The Dolphins have been tight-lipped about the exact nature of Waddle’s injury, but contextual clues suggest he is dealing with a strain of some sort. The severity is unclear. Dolphins coach Mike McDaniel said Waddle conceivably could have practiced against the Philadelphia Eagles last week, but the team was holding him out of an abundance of caution.

“He’s still mad at me,” McDaniel told reporters on Aug. 25. “He got a little [individual] work and that was intentional because we knew that he had — not only is he yearning to compete and do his job, which he loves to do, but also I’m aware enough to know he has some close ties on the opposing team.

“So if we were practicing against ourselves, would he have practiced? There might be a stronger chance maybe. I’m just very acutely aware of even if a guy says, ‘All right, I’m going to take it easy,’ you have to protect people from themselves. I saw him on the field from my office after practice catching JUGS with his buddy [former Alabama teammate DeVonta Smith] that I knew he’d probably try to perform in front of. So yeah, he was out there, and it wasn’t because of any setbacks. We were just making sure that we took it step-by-step and didn’t go zero to 60. The rest has been awesome for him, and I’m really fired up and expect to see him on the field sooner than later.”

Assuming Waddle — who had an ankle-to-hip athletic sleeve on his right leg last week but not on Wednesday — had no setbacks in the week since, he seems on track to be available for the Dolphins’ Week 1 game against the New England Patriots.

But if indeed he is dealing with a hamstring, quad, or calf injury, there’s a not-insignificant chance of recurrence.

The NFL has implemented a gradual “ramp-up period” to training camp for that very reason. Lower extremity soft-tissue injuries suffered early in training camp often affect players throughout the season — long after they are cleared to return.

“Analysis of NFL injury data has shown that lower extremity soft tissue injuries, like hamstring and groin strains, occur soon after the three-day acclimation period at the beginning of training camp,” the NFL said in 2019. “The following days of practice, from the 5th to the 10th days, often result in a spike of injuries across the league. These injuries are the number one time-loss injuries in the NFL, resulting in a median seven days missed from football activities.”

So the concern for the Dolphins isn’t whether they’ll get Waddle back soon (they might already have). The question is how long they can keep him healthy going forward.