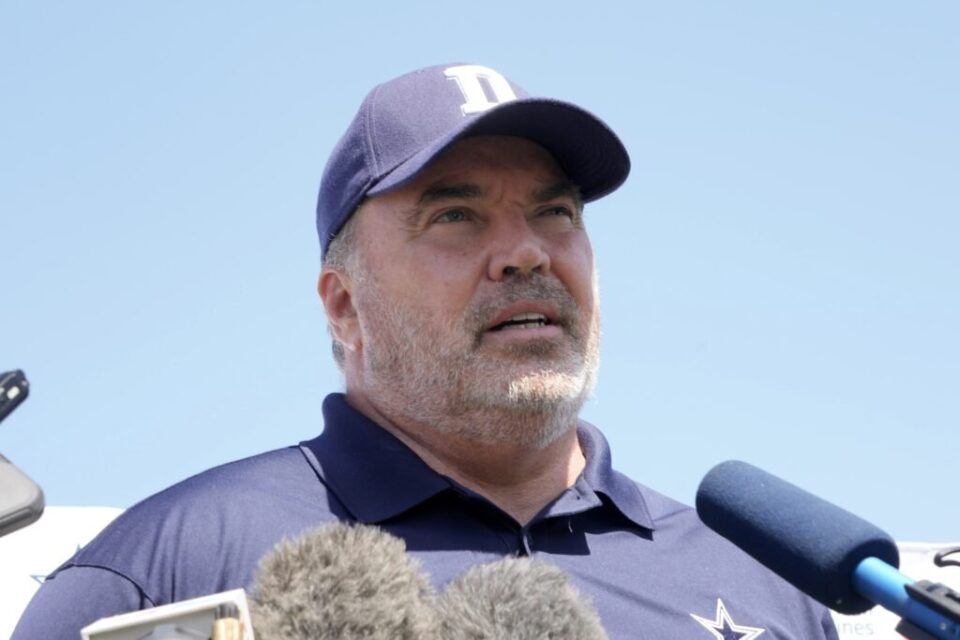 Intense pressure can bust a pipe, or create a diamond. In the case of NFL head coaches, their high-profile jobs involve stress management, dealing with unique personalities, making heavily scrutinized decisions, and managing the expectations of billionaire owners who want to see a hefty return on their investment in them and their high-priced players.

NFL head coaches on the hot seat in 2022

It’s a job that has often led to firings, burnout, and, frequently, a feeling of dread all in the public eye. As the 2022 NFL season gets ready to kick off, here’s a look at seven head coaches facing significant pressure for a myriad of reasons.

It’s about more than the proverbial “hot seat” of coaches who could be fired if their season goes awry. In the case of some successful coaches, it’s about their success and the collective performance reaching an optimum level.

Arguably, Mike McCarthy shouldn’t be feeling too much heat even with the shadow of Sean Payton in the broadcast booth and Cowboys owner Jerry Jones’ affinity toward the former New Orleans Saints head coach. Despite Jones’ stated confidence in McCarthy, the former Green Bay Packers coach is still dealing with a lot of heat.

That’s what comes when you coach “America’s Team.”

The Cowboys went 12-5 and won the NFC East by a comfortable three-game margin last season, but they lost their first playoff game at home to the San Francisco 49ers. Now entering his third season, McCarthy has a mediocre record at 18-16 overall.

It’s on McCarthy to put all of that talent to full use. If he doesn’t win a playoff game or make a deep playoff run, it would be easy to see Jones moving on.

Since Rhule was hired two years ago, he hasn’t been able to match the success he generated at Baylor and Temple. The NFL is an altogether different game from college football, and Rhule is now heading into a pivotal season that could end his tenure under owner David Tepper.

Rhule went 5-11 in 2020 and skidded to 5-12 last season with seven consecutive losses to close the season after a 3-0 start. Yet, the Panthers traded for feisty quarterback Baker Mayfield, and there’s hope that he can kick-start the passing game in a way that Sam Darnold never could.

Having gone 10-23 in two seasons, Rhule needs a big season to preserve his job. Otherwise, there will be a new man on the sideline calling the plays for the NFC South franchise.

Although Kliff Kingsbury is under contract through the 2027 season, those contracts don’t guarantee anything. NFL owners simply move on, writing massive checks to find someone else to lead their respective football teams.

As hot as it is in the Valley of the Sun, Kingsbury is under a different kind of heat.

The Cardinals have not won a division title or a playoff game despite having quarterback Kyler Murray, wide receiver DeAndre Hopkins, safety Budda Baker and defensive end J.J. Watt on the roster.

The Cardinals made the playoffs last season but were blown out by the eventual Super Bowl champion Los Angeles Rams. After a 7-0 start, the Cardinals went 4-6 the remainder of the regular season. Murray, who’s extremely close to Kingsbury, has to play up to his massive contract. It’s on Kingsbury to get the most out of him.

If the Cardinals don’t have a winning record again and make progress, then owner Michael Bidwill could be facing a tough decision: Does he keep Kingsbury hoping that he can get the team past its current level of relevance?

Jets general manager Joe Douglas has given Robert Saleh some good players to work with, including cornerback Ahmad “Sauce” Gardner from this year’s draft. While it isn’t necessarily fair that the pressure would fall on Saleh given that the Jets may have missed on second-year quarterback Zach Wilson, the sense around the league is that Saleh would be culpable for the progress or lack thereof of the franchise, not Douglas.

The Jets are in a difficult spot. They’re in the media capital of the world with back-page tabloid headlines screaming about their failures. They don’t necessarily have all of the tools they need to compete, especially at quarterback where Wilson is recovering from knee surgery.

There’s some good young talent on the roster, but it needs developing. It’s on Saleh to improve the defense and find a way to manufacture wins in a tough AFC East division. He’s facing a difficult task.

Arthur Smith was running one of the top offenses in the league in Tennessee, making the most out of powerhouse running back Derrick Henry and accentuating the strengths of quarterback Ryan Tannehill.

Yet, in his first season with Atlanta, the Falcons went 7-10 despite having a proven quarterback in Matt Ryan. Now, he’s trying to make it work with journeyman former first-round draft pick Marcus Mariota.

In a way that doesn’t reflect their record, the Falcons were really bad last season. They were 26th in scoring and 29th in yards. Likewise, Atlanta’s defense ranked 29th in scoring defense and 26th in yards allowed.

There’s a chance that Smith could kick-start the offense this year with rookie wide receiver Drake London providing another big, skilled target to go with gifted tight end Kyle Pitts. While the Falcons drafted quarterback Desmond Ridder, they appear committed to going with Mariota for now.

Kevin Stefanski is in a difficult spot. He’s the point man in addressing questions about controversial quarterback Deshaun Watson.

And Watson, suspended for 11 games for violations of the personal conduct policy involving sexual misconduct allegations, hasn’t played in a game since the 2020 season with the Houston Texans. How would the three-time Pro Bowl passer not be rusty when he returns from his NFL-mandated punishment?

How is Stefanski supposed to win games with mediocre starter Jacoby Brissett standing in for Watson?

Can the running game of Nick Chubb and Kareem Hunt generate enough yards and points with Brissett hopefully making the most out of wide receiver Amari Cooper and tight end David Njoku?

That’s a lot of questions.

While Stefanski is regarded as unlikely to get fired if the Browns struggle considering the Watson suspension, a poor season would only amp up the pressure everyone in Cleveland would be facing in 2023.

He needs to salvage this bad situation and find a way to change the conversation about a team that’s known most for its big bet on Watson ($230 million guaranteed contract) and all of the baggage that surrounds him.

Perpetually optimistic and full of positive energy, Carroll is a survivor who has had just three losing seasons during his tenure: 2010, 2011, and 2021.

The Seahawks had nine consecutive winning seasons, but last year was bad even with Russell Wilson under center. Now, the Seahawks have traded Wilson and are heading into an obvious rebuilding year with Geno Smith quarterbacking the NFC West squad.

General manager John Schneider and the Seahawks appear to be punting on this season with an eye toward next year’s draft. While there’s a perception that Carroll can coach as long as he likes in Seattle, that might not be the reality in the Pacific Northwest. The clock could be ticking on Carroll if this season is as bad as many fear it will be for the Seahawks.