Market has been set for a Mason Rudolph trade 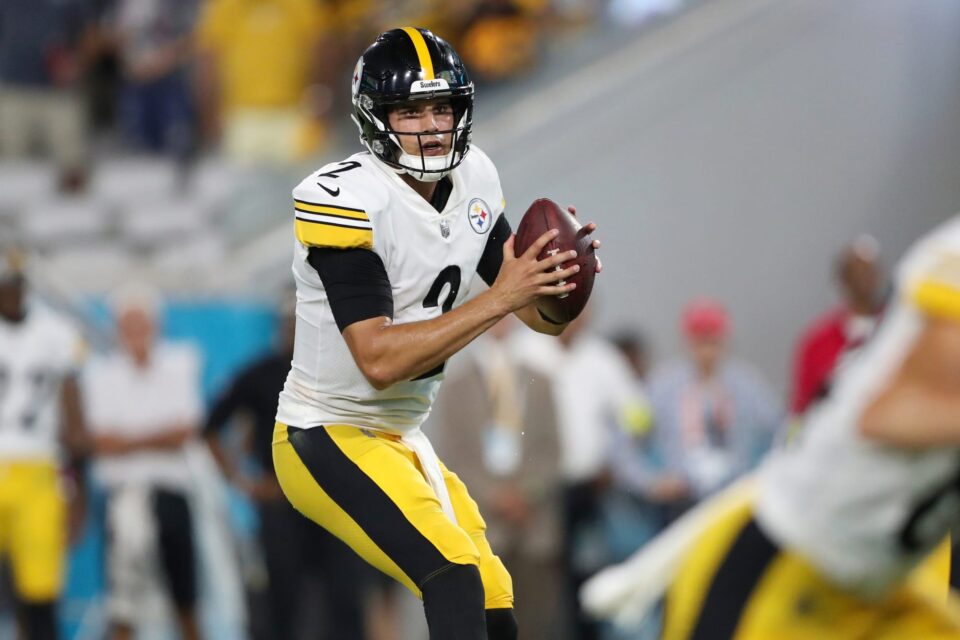 The Pittsburgh Steelers have reportedly received interest in a Mason Rudolph trade but the market for what it could cost has already been set.

The quarterback battle this offseason for the Pittsburgh Steelers has seemingly been made a two-man race between rookie first-round pick Kenny Pickett and former No. 2 overall pick Mitch Trubisky. That, of course, has left five-year veteran Mason Rudolph as the odd man in the equation.

Rudolph has spent his entire career in the Steel City since the franchise drafted him in the third round out of Oklahoma State back in 2018. However, he’s spent the majority of that time backing up Ben Roethlisberger and, when he did see the field, the results were far from inspiring.

Yet, as it’s become clear that he’s all but done in Pittsburgh, the ideal option before cutting Rudolph would be for the Steelers to find a trade partner. And NFL Network’s Ian Rapoport reported on Friday that might be in the cards as there has been interest around the league in the quarterback.

But what would Pittsburgh be looking to get back in a potential Rudolph trade? Other moves around the league have already ostensibly laid out the framework for a potential deal.

The Vikings recently traded for quarterback Nick Mullens with the Raiders and Las Vegas only got a conditional 2024 seventh-round pick in return. So any Steelers fan out there hoping that the team could squeeze a day two pick from another team can keep dreaming.

In the simplest terms, Pittsburgh has zero leverage in any trade negotiations regarding the 27-year-old. They are very much in a place where it’s “take whatever you can get so you don’t have to just cut him for nothing in return” territory with Rudolph.

Perhaps the fact that the Steelers are already garnering interest could up the price slightly, but don’t expect a big haul in return. It’s likely going to be a late-round pick coming back to Pittsburgh in any trade for Mason Rudolph, which isn’t a bad thing given the current situation with the quarterback and team.