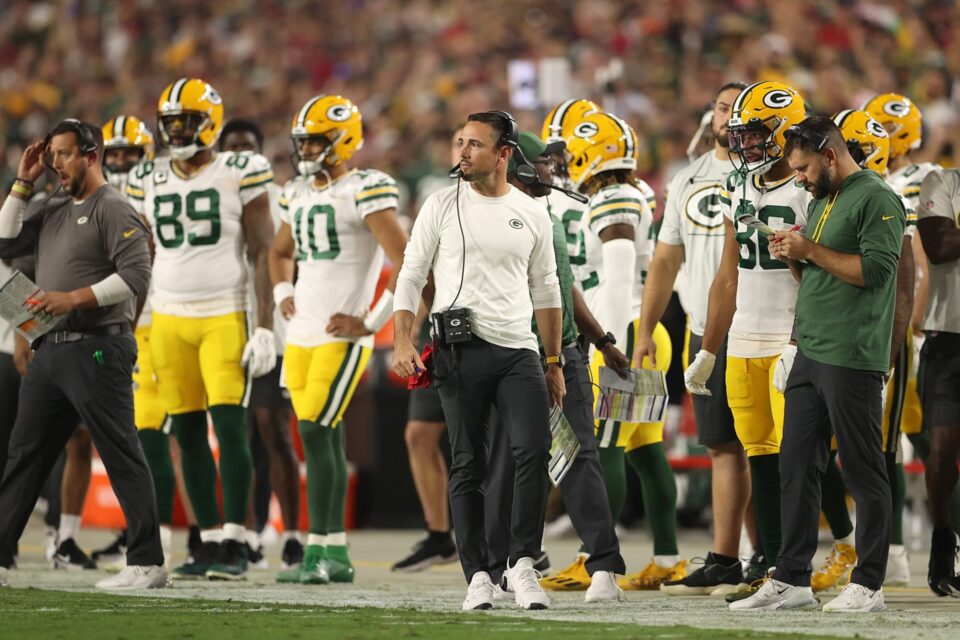 Here are three veterans who could miss out on making the Green Bay Packers’ Week 1 roster.

The Green Bay Packers preseason games are out of the way, as they took on the Kansas City Chiefs on Thursday night. Now, they have a head start to bring down their roster to 53 players. They have until Tuesday, Aug. 30 to submit their final rosters ahead of Week 1.

As is the case every year, there are not only going to be some surprise cuts that cause fans’ jaws to drop, but also some veterans who are released. When it comes to veterans, it’s usually players who are three years into the NFL.

When it comes to the Packers, these three players may not make it onto the Week 1 roster.

The Packers have their two top running back spots locked in for the 2022 season, and that is not shocking. Aaron Jones is Green Bay’s star running back and one of the best players at his position. Behind him on the depth chart is A.J. Dillon, who has come into his own in the first two seasons of his career completed.

Yet, there is a battle for the third running back spot on the depth chart, as Kylin Hill is on the physically unable to perform (PUP) list and will miss the first four games of the campaign at minimum. There are three other players listed on the depth chart, one of them being Dexter Williams.

Green Bay selected Williams in the sixth round of the 2019 NFL Draft. He spent two years with the Packers before he was cut ahead of the 2021 season. After spending time with a variety of teams, the Packers brought him back following his stint with the USFL’s Philadelphia Stars.

It is entirely likely that it will be Tyler Goodson or Patrick Taylor will earn the No. 3 running back spot on the Packers for the season-opener.