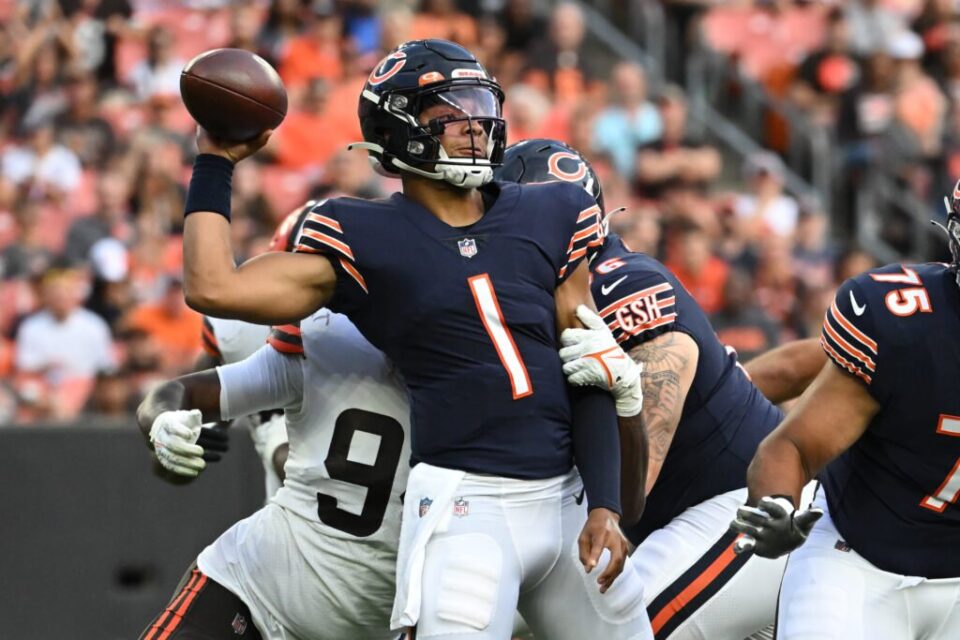 As NFL dress rehearsals go, the performances run the gamut as jobs are won and lost. The outcomes of the games are largely irrelevant, even though they keep score.

It’s the individual performances that people care about heading into the NFL regular season.

Here’s a look at who boosted and hurt their stock during Saturday night’s packed schedule preseason games that included the Baltimore Ravens’ win over the Washington Commanders, the Miami Dolphins’ blowout victory over the Philadelphia Eagles, the Cincinnati Bengals’ win over the defending Super Bowl champion Los Angeles Rams, and much more.

Anthony Brown was extremely sharp, completing his first eight passes. That included a 67-yard touchdown pass to newly-signed former Las Vegas Raiders and Kansas City Chiefs wide receiver Demarcus Robinson. Brown finished 15 of 19 for 256 yards and one touchdown run as he played the majority of the game with starter Lamar Jackson given the night off and outstanding backup Tyler Huntley limited to just four passes.

They got stuffed by the Commanders’ defense. That included Mike Davis not gaining a yard on two carries. If not for Anthony Brown’s eight rushing yards and score on the ground, the running backs were limited to 11 carries for a putrid 13 yards. Twelve of those yards were gained by Tyler Badie on one run. He gained no yards on his other four attempts.

Welch was all over the field, recording 10 tackles and 2 1/2 sacks. He is an extremely difficult blocking assignment.

Fighting for a roster spot, Seymour injured his ankle when Zakoby McClain fell on his right leg. He was unable to return.

The rookie quarterback displayed some of the potential he showed at North Carolina. Not only did he complete 24 of 35 passes for 280 yards and a 102.1 passer rating despite being sacked five times, but he also managed to rush for a team-high 62 yards on eight carries.

Davis was one of the few defensive starters to play in this game for Washington. His transition to the NFL from Kentucky remains a work in progress. He was solid but not spectacular, tallying two tackles,  and one tackle for loss, but has yet to play to his incredible athleticism.

Bradley-King appears to be on the roster bubble, and the Commanders are believed to be trying to stash him on the practice squad after he started for them last season. He played sparingly in the final preseason game.

The former NFL and Super Bowl MVP, in his return after spending time away from the team to be with his family, was sharp in a hurry-up offense as he went 6 of 8 for 44 yards and converted one fourth down to lead the Buccaneers to a field goal in his lone drive of the game.

Already playing without standout center Ryan Jensen due to a serious knee injury that’s expected to cost him the entire season, the Buccaneers’ interior line absorbed another few hits.

Robert Hainsey injured his ankle and didn’t return. There is some hope that this isn’t a major injury, per a league source. Then, Nick Leverett injured his shoulder, and John Molchon was pressed into duty at center.

Meanwhile, Haack won a seven-punter audition to be signed by the Colts. He made the most out of his opportunity. Haack was impressive, averaging 50.6 yards per punt with four downed inside the Buccaneers’ 20-yard line.

The athletic former University of Texas starter ripped off a 45-yard touchdown run, and he completed 5 of 7 passes for 65 yards in relief of Matt Ryan and Nick Foles.

Huntley was one of the lone bright spots for the Eagles during this lopsided defeat. Huntley, who rushed for 51 yards last season on 13 carries, gained 93 yards on 11 carries with one touchdown. He also caught four passes for 22 yards.

Tagovailoa, always under scrutiny, has had an encouraging preseason and has quieted his critics. He completed 6 of 7 passes for 121 yards and one touchdown.

The Dolphins’ biggest offseason acquisition caught a 51-yard pass and finished with two receptions for 64 yards on two targets. Hill is a constant deep threat and one of the most dangerous skill players in the NFL.

Sinnett completed just 12 of 22 passes for 104 yards. He was also intercepted once and had a 48.3 passer rating. He had one fumble.

The Eagles had just one sack, recorded by linebacker Patrick Johnson. They only had three quarterback hits overall, including his sack.

Perkins has excelled throughout the preseason, as previously referenced by Pro Football Network. This time, he played the entire game and looked good. He completed 14 of 19 passes for 143 yards and rushed for 33 yards and a touchdown in a losing cause. Perkins has made the team, per coach Sean McVay.

The undrafted free agent caught five passes for 76 yards on eight targets. McVay said he has earned a roster spot.

It’s a competitive situation between Brandon Allen and Browning for the backup job behind Joe Burrow. Browning made the situation more interesting by completing 19 of 24 passes for 173 yards, one touchdown, and no interceptions for a 110.6 passer rating.

Irwin has more than a good head of hair going for him. He’s got sharp hands and slick routes working in his favor. Irwin, a 6-foot-2, 200-pound player from Stanford, caught nine passes for 93 yards on 10 targets. He had seven first downs.

The rookie from Liberty keeps getting better with every week. His latest performance was his best yet. He completed 15 of 23 passes for 131 yards and one touchdown. Although he was intercepted once, he also had a 50-yard run and four carries for 79 yards. Willis is eventually going to push veteran Ryan Tannehill for the starting job.

Burks has had some growing pains and dealt with some conditioning issues this offseason. But on Saturday, he caught three passes on three targets for 33 yards and one touchdown.

McSorley was unable to sustain a hot start, completing his first seven passes for 71 yards to set up a touchdown run by Darrel Williams. He completed just one of his next 11 pass attempts for 10 just yards.

Isabella caught five passes for a game-high 115 yards, including a 74-yard reception. Isabella has been linked to trade rumors. If he’s shopped, this performance is one that Cardinals general manager Steve Keim can reference in his conversations with other NFL general managers.

Stonehouse is working to unseat three-time Pro Bowl punter Brett Kern. He averaged 49.4 yards on seven punts and had a 64-yard punt with impressive hangtime. He had three punts downed inside the Cardinals’ 20-yard line.

Fields, a second-year starter, manufactured a confidence-boosting performance. He passed for three touchdown passes in the first half. After being sacked nine times against the Browns, 4 1/2 times by Myles Garrett, as a rookie last season, Fields displayed his improvement. He completed 14 of 16 passes for 156 yards to build a 21-0 halftime lead, hitting tight ends Ryan Griffin and Cole Kmet and wide receiver Dante Pettis for scores.

The veteran passer and stand-in for suspended starter Deshaun Watson didn’t look particularly sharp. While he was playing without running backs Nick Chubb and Kareem Hunt, Brissett didn’t overcome his lack of personnel. He completed 13 of 23 passes for 109 yards and one interception.

Schwartz simply can’t catch the football well enough to be trusted. He had another drop. He was booed by the Browns’ fans after mishandling an accurate throw from Brissett to start the game. The same thing happened with Schwartz in the preseason opener while trying to catch passes from Watson. He can run fast. He is proving he can’t catch at an NFL level. It’s bad.

The strong-legged rookie from LSU connected on 57 and 46-yard field goals. He missed a 58-yarder wide left.

After a contract dispute with the NFC North club, Smith has yet to play in a game. He was scheduled to play but was held out when he tightened up during warmups.

Ridder overcame an interception on his first throw to complete 14 of 25 passes for 185 yards, leading three touchdown drives.

Perry, an undrafted rookie from Brown University, is making progress. He completed 19 of 37 passes for 201 yards. He was intercepted twice with one touchdown pass. He is expected to at least be on the Jaguars’ practice squad.

Jones has excellent speed, catching three passes for 103 yards on three targets with a long reception of 49 yards.

The former Texas A&M standout wasn’t impressive, completing 3 of his first 7 passes for 45 yards. He was sacked once.

The Vikings had zero sacks and two quarterback hits.

Recently claimed off waivers by the Saints, Ozigbo, previously with the New England Patriots and Jacksonville Jaguars, rushed for 40 yards on seven carries with a long run of 26 yards.

Cooper, who had 2 1/2 sacks last season, had four tackles and one sack with two tackles for losses.