Josh Gordon chose the Titans over another opportunity with the Chiefs 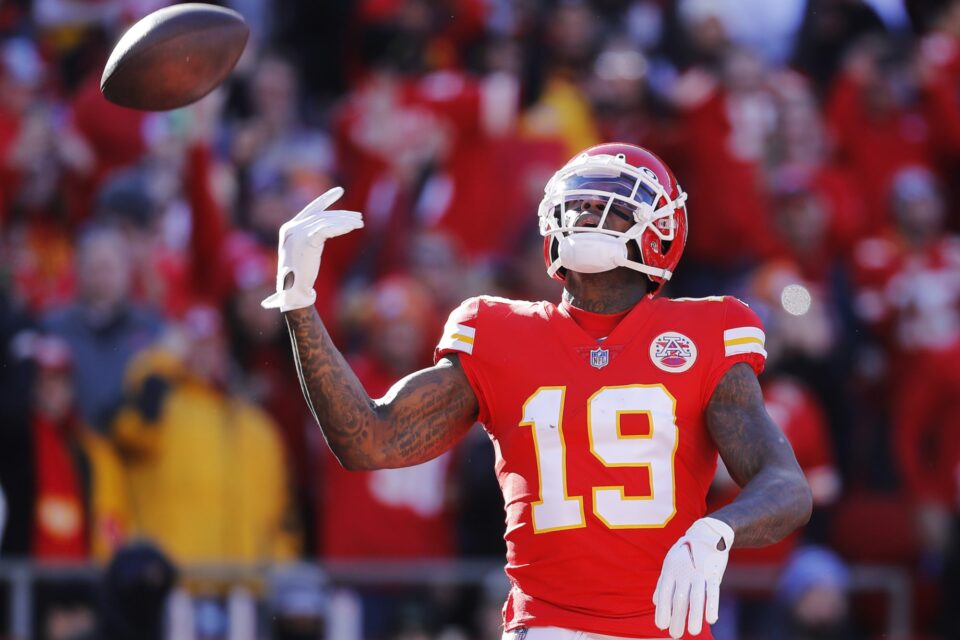 Tennessee Titans wide receiver Josh Gordon had the option to re-sign with the Kansas City Chiefs, but he chose the Titans instead.

New Tennessee Titans wide receiver Josh Gordon had the option to re-sign with the Kansas City Chiefs. However, according to Terry McCormick of TitanInsider.com, Gordon chose to sign with the Titans instead because he liked the opportunity they offered better.

He also trained with Derrick Henry in the offseason a bit.

Gordon was signed to the Titans practice squad for $358.2K. He’s had a difficult career with three seasons out due to suspensions, but he wants to prove himself and do well this season.

Titans WR Josh Gordon is aiming to prove himself this season

Gordon has faced a lot of scrutiny over the past few seasons with several suspensions. The once-promising player has gone downhill as the seasons progressed, but he’s focusing on redeeming himself this season.

According to Charean Williams of NBC Sports, Gordon said, “I am excited about another opportunity, man. Being in the NFL, it’s a blessing. I am enjoying my time here and looking forward to contributing . . . and getting ready and making sure I am available if coach needs me. I am appreciative of the opportunity I am getting here and hope to go out there and prove myself worthy to be a contributor to the team.”

The Titans have developed a lot over the past few seasons. There was a decent gap of time where they hadn’t made the playoffs from 2008 until 2017. Since 2017, they’ve made the playoffs every season aside from 2018.

Gordon has the potential to further develop the team, but he needs to reach it again. In 2013, his second career season, he led the NFL in receiving yards with 1646. He’s a talented player, but he’s unfortunately spiraled downward since.