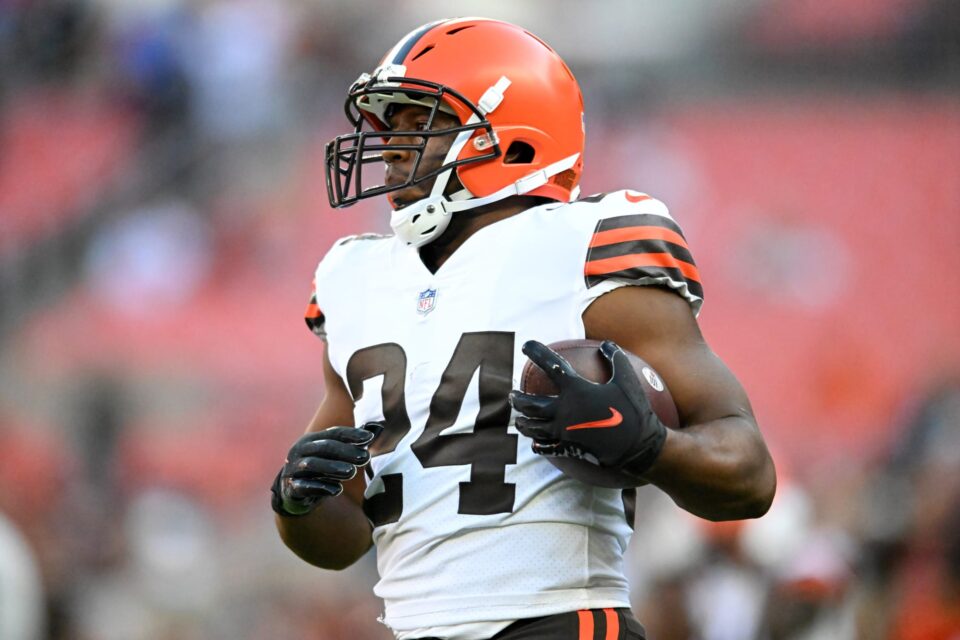 CLEVELAND, OH – SEPTEMBER 12: Running back William Green #31 of the Cleveland Browns is tackled by Thomas Adalius #96 of the Baltimore Ravens during the second quarter on September 12, 2004 at Cleveland Browns Stadium in Cleveland, Ohio. Cleveland defeated Baltimore 20-3. (Photo by David Maxwell/Getty Images)

Off a playoff appearance in 2020, the Cleveland Browns disappointed a year ago. It’s been quite the offseason for the franchise. What’s on the horizon?

It has been a tumultuous couple of months for one of the league’s more maligned franchises. The track record of the Cleveland Browns dating back to 1999 shows that the team is posted just three winning seasons and reached the playoffs only twice. They come off an 8-9 showing in 2021 and now will be trotting out some new starting quarterback(s).

Of course, the last few months have been riddled with news about new Browns’ quarterback Deshaun Watson. He will be suspended for the 1st 11 games of the season

Still, this is a very talented team on both sides of the ball and more than capable of returning to the postseason for the 2nd time in 3 years. So what can we expect in terms of predictions for Kevin Stefanski’s club?

It has been nearly two decades since this franchise opened a season with a victory. Dating back to 2005, the Cleveland Browns own a 0-16-1 record in Week 1. This year, Kevin Stefanski’s squad travels south to Charlotte to face the Carolina Panthers and their new starting quarterback in Baker Mayfield.

For what it’s worth, Cleveland is listed as an underdog in this contest. Perhaps that’s not surprising considering that dating back to 1999 — when the Browns rejoined the NFL as an expansion team — this club owns a 0-6 record when opening on the road. Still, all bad things must come to an end, so…