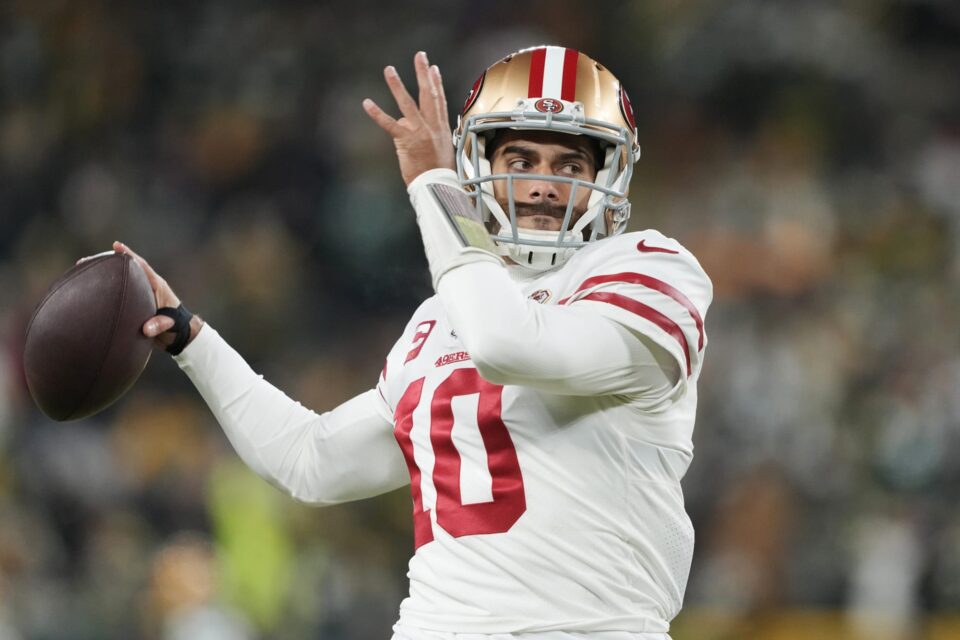 The San Francisco 49ers have officially secured star quarterback Jimmy Garoppolo for the season with a ‘restructured’ contract.

San Francisco 49ers star quarterback Jimmy Garoppolo’s future with the team was unclear this offseason. However, the 49ers just finalized a “restructured” contract that will keep him in San Francisco for at least one more season, according to Sports Illustrated.

According to ESPN, “The contract contains no-trade and no-tag clauses, assuring Garoppolo will remain in San Francisco this season and have the freedom to leave in 2023.”

The 49ers may be taking too big of a chance on Lance, and Garoppolo will be a good backup option if things don’t go as planned.

Lance showed a lot of potential coming into the season, but his preseason performances may be falling below what’s been expected of him. He’s struggled with some passes and was off-target on several throws. According to CBS Sports, in the most recent preseason game against the Houston Texans, he completed seven of 11 passes and often found himself alone on the sideline.

49ers coach Kyle Shanahan told CBS Sports, “I would love to get Trey more practice and everything, more experience. [B]ut we’ve run out of those games, and he’s as ready to go as he can be. He needs to get in these real games now and start playing. There’s going to be times he makes some mistakes, and he’s got to learn from them and find a way to still win the game and overcome some of those things as he learns on the run.”

Lance still has work to do, and he’s expected to make mistakes in the regular season. If he isn’t able to live up to his potential, Garoppolo will be a good backup.