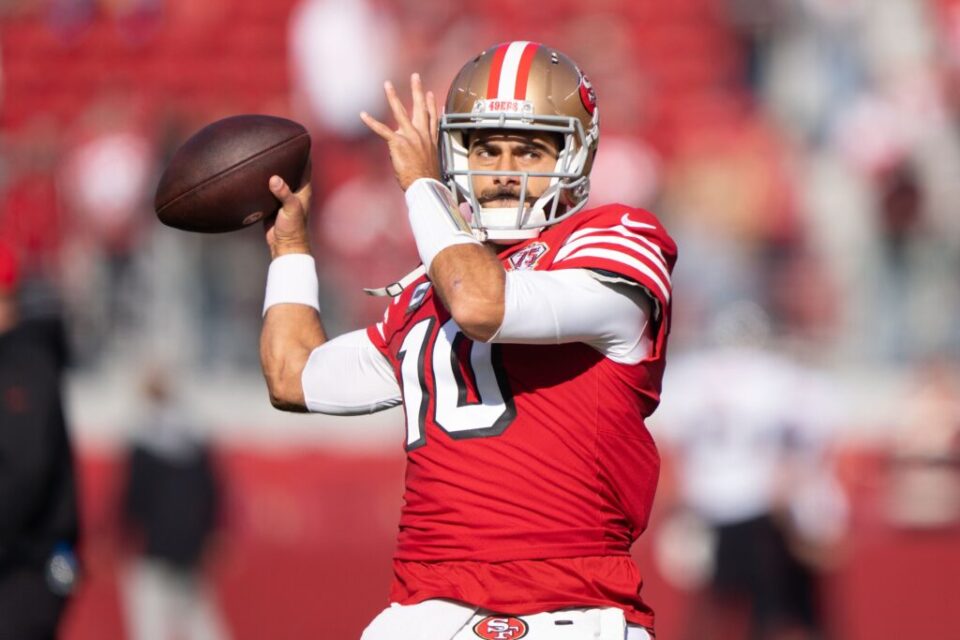 Instead of a trade or being released, veteran quarterback Jimmy Garoppolo and the San Francisco 49ers have reached a compromise.

Garoppolo remains with the 49ers on a restructured one-year contract worth $7 million guaranteed with a maximum value of $16 million, according to a league source.

The deal has a $6.5 million guaranteed base salary and $500,000 in attainable roster bonuses, and playtime incentive bonuses can increase the value by $9 million, per a source with knowledge of the deal. He’s now one of the most expensive and highly qualified backups in the game.

The new contract assures Garoppolo can leave the 49ers after the season. It includes a no-trade clause that keeps him in place for the NFC West franchise this season. It also includes a no-tag clause, so he cannot be kept as a franchise player and can hit free agency if he chooses.

Garoppolo’s contract, until this restructure, recent injury history, and underwhelming play last year, made it difficult for the 49ers to get much in return for the veteran passer in a prospective trade. The perception around the league is that the 49ers have already replaced Garoppolo. And their commitment to Trey Lance as the starter hurts Jimmy G’s trade stock.

Yes, Garoppolo is healthy. He passed his physical after undergoing surgery on his right throwing shoulder earlier this offseason. And the 49ers didn’t force him to practice, allowing Garoppolo to throw on his own and lift weights while the other players worked out.

Now, he can begin practicing with his teammates again.

49ers coach Kyle Shanahan recently said of Garoppolo: “Can’t just give one of the better quarterbacks in the league just to make him available for no reason to the whole world.”

Garoppolo’s agents were previously granted permission to pursue trade opportunities in March, according to league sources not authorized to speak publicly. No trade developed since then because there were only a few places where he made sense, including the Seahawks and Browns.