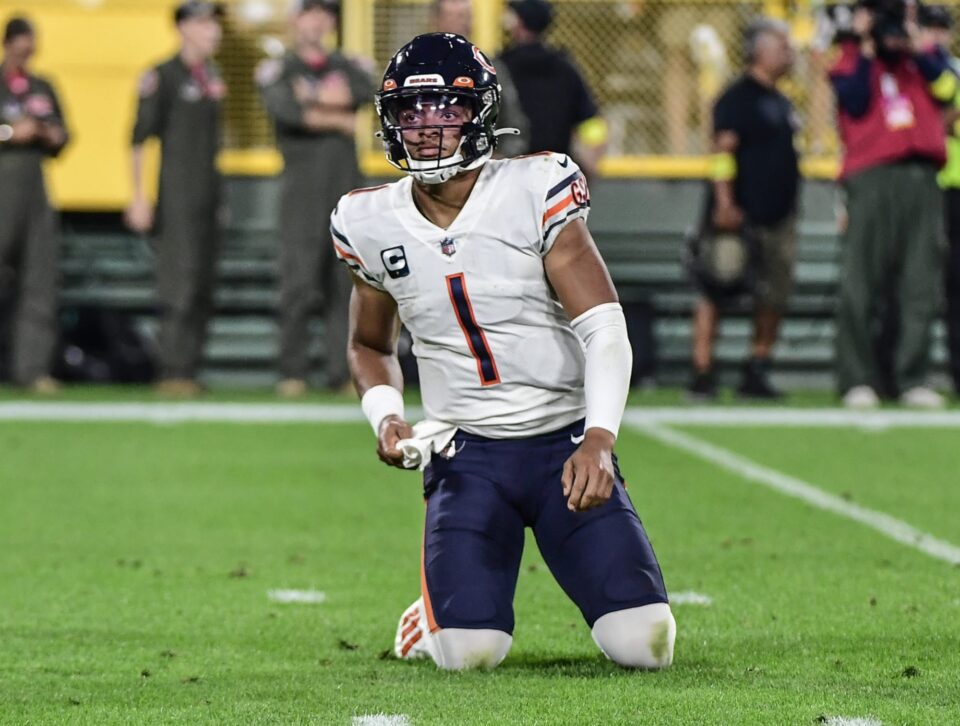 The refs in the Bears vs. Packers game seemed to completely miss Justin Fields getting the ball into the endzone on fourth down at the goal line.

On a day when multiple teams pulled off shocking comebacks, the Bears tried to get in on the fun late against the Packers. Then the refs got in the way.

With just over eight minutes left in the game, quarterback Justin Fields got his team within inches of the goal line with a third-down scramble. On fourth and inches, he rushed up the middle and tried to fight his way into the endzone.

The officials ruled him short on the field, but replays seemed to show Fields got his arm across with the ball in it. Despite a definitive shot, even the broadcast agreed the ball was likely across the plane.

Replay wasn’t ready to declare that.

Did the refs screw the Bears on the Justin Fields touchdown attempt?

The refs let the call stand and the 49ers had to give up the ball inside the one instead of clawing back to within seven points of Green Bay.

The Packers went on to score a field goal on their next drive and then intercepted Fields on his next possession, essentially ending the game.

No one knows what would have happened if Chicago had been given that touchdown but it would have been a more dramatic finish if the Bears had a chance to get a stop and get the ball back down one possession.

Of course, there will be those who put the blame on the Bears themselves. Having Fields run a QB keeper out of the shotgun was definitely a choice too. Maybe a more simple QB sneak from under center wouldn’t have come down to such a tight replay review.