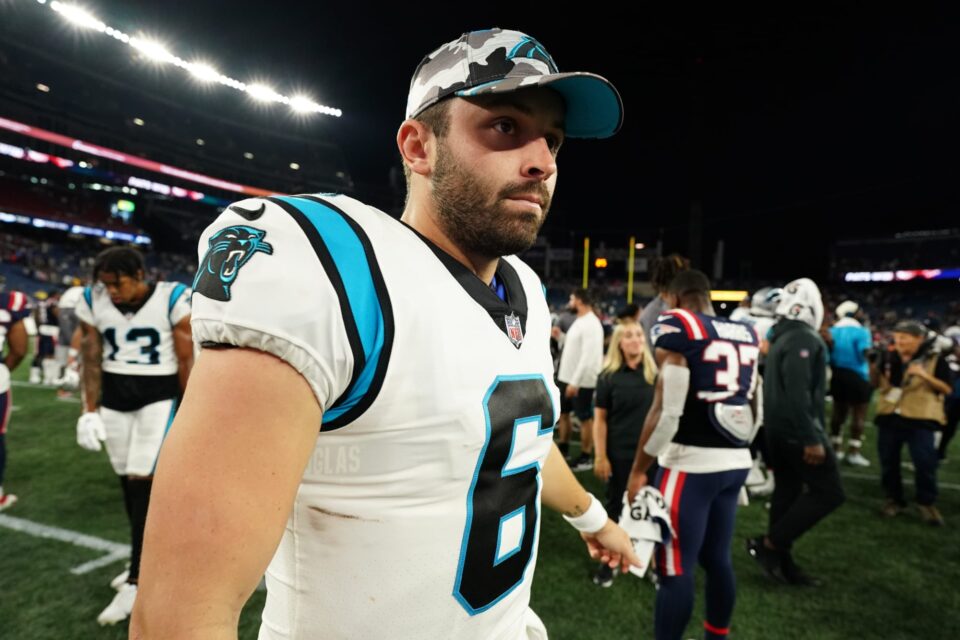 These three quarterbacks had bench-worthy performances in Week 2 of the 2022 NFL season.

The NFL has entered its second week of the 2022 season. Last week featured some exciting finishes, thanks in part to solid performances from the quarterbacks starting under center. The same could be said in Week 2, as Tua Tagovailoa and Joe Flacco led the Miami Dolphins and New York Jets, respectively, to comeback victories.

But besides that, there were some ugly performances in the second weekend of the season. So much so, that there was some debate as to which three quarterbacks deserved the honor that they do not want — being worthy of a benching.

Here are three quarterbacks who played like they should be benched after Week 2.

If you were looking for a game filled with offense, then the New York Giants-Carolina Panthers contest was not for you. It was an ugly quarterback battle between Daniel Jones and Baker Mayfield, but it was Jones and the Giants who were victorious by the score of 19-16.

Mayfield showed flashes in the second half of Carolina’s home opener against the Cleveland Browns, but one main issue was that his passes were batted by defenders. The same thing occurred when facing the Giants.

On the day, Mayfield completed just 14-of-29 passes for 145 yards and one touchdown. Meanwhile Jones completed 22-of-34 pass attempts for 176 yards and a touchdown. Let’s be real here, whoever lost this game was going to get honors. Even with the win, Jones did not play well.

The Panthers will look to get their first win of the season next week when they face the New Orleans Saints. Given how much trouble the Saints defense gave Tampa Bay Buccaneers quarterback Tom Brady, it could be a long day for Mayfield and the Panthers offense.