How Long Is A College Football Game? 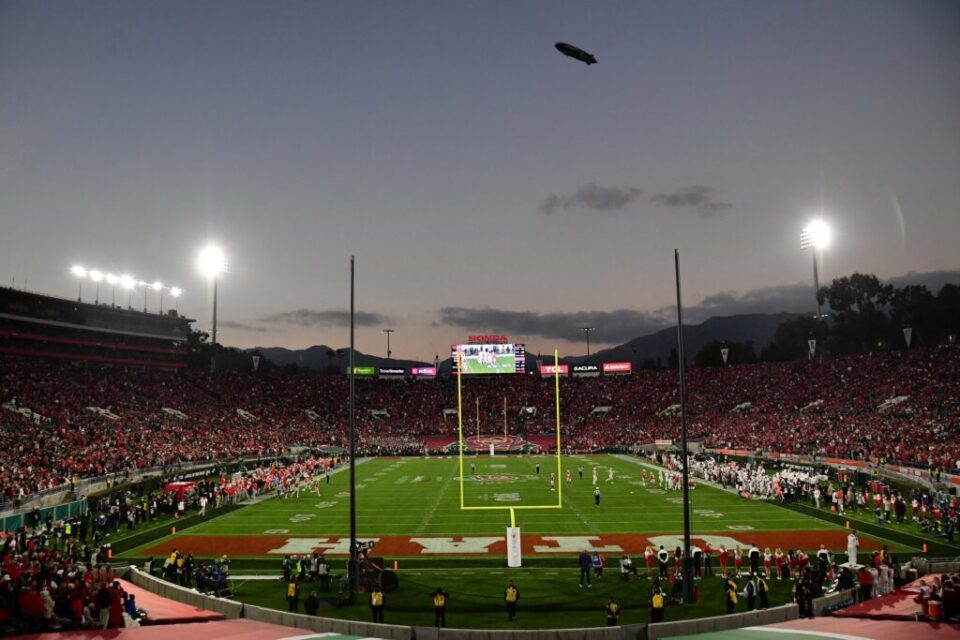 Ever wonder how long a college football game is? What about the biggest differences between college and NFL games? You’re not alone, as the differences, though small on the surface, actually influence the game in a large way.

A college football game is the exact same length as an NFL game: 60 minutes. However, unlike professional football, college contests have subtle — albeit significant — differences in their game clock operation that alters the actual length of each match.

The most widely known difference is how often the clock stops in college football. For starters, after every first down, the clock stops. The game clock and play clock aren’t started until the head referee motions for the clock to run, and that only occurs after the umpire sets the ball between the hash marks.

Also, unlike the NFL, there is no 2-minute warning that stops the clock. In 2-minute situations, colleges use the first-down rule or simply get out of bounds to stop the clock as they limit the elapsed time from the game clock. This subtle rule change certainly affects how long a college football game is, but, on average, each contest lasts around 3.5 hours. That’s roughly 20 minutes longer than the average NFL game.

Though there are differences in the game clock operations between college football and the NFL, each level of the sport has the same number of quarters in their contest. College football games consist of four quarters like the NFL, but if it goes to overtime, it’s a completely different ball game.

College football overtime periods have been evaluated in recent years and have changed each of the past two offseasons. Simply put, each offense is given a chance to match the opposition from either the 25-yard line to start off or from the 2-point conversion starting point of the 3-yard line after the third overtime period begins.

With the overall length of the college game being longer than in the NFL, one may expect the halftime periods to be longer as a potential culprit. That actually isn’t the case, as college football has always emphasized their halftime periods lasting no longer than 20 minutes. It helps keep the games at their current length.

CFB halftimes last longer than in the NFL by roughly 6.5 minutes. With the length of their games already longer due to first downs and the number of points scored on average, it would make sense to shorten the halftime period. However, college halftime periods are necessary breaks in the action for student-athletes due to the volume of plays they’re on the field for.

On average, college games have nearly 160 plays per contest, which is almost 40 more than NFL games. To combat that, colleges employ larger roster sizes than the NFL’s 53-man roster limit, but a 20-minute halftime break is certainly warranted.