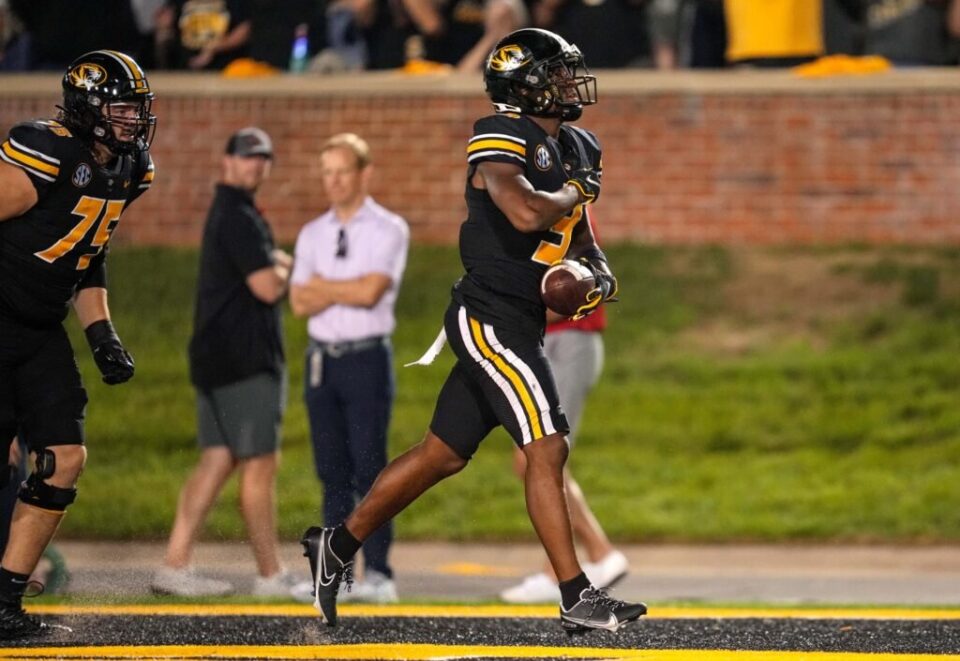 It didn’t take long for Missouri Tiger fans to get to know Luther Burden. In fact, Week 1 of every college football season is essential for getting to know your favorite team.

That includes those players you know about, veterans who have made an impact for years at a university, as well as transfer athletes and emerging stars. The 2022 iteration of Week 1 gave us a bright glimpse into the future of some college football freshmen and future NFL draft prospects.

The college football landscape is shaped by freshmen every single year. In the early stages of the 2022 season, the true freshmen that look to be key contributors to their team wasted no time.

After Week 0 saw 11 games played and Week 1 kicked off with a terrific slate on Thursday, Sept. 1, here are the top freshmen who should have a major impact in 2022.

It was clear that the Tigers had big plans for Burden when they received his commitment. The five-star recruit was a big coup for head coach Eliah Drinkwitz and Missouri. After one game of action, it appears they knew that going into 2022. Burden was featured heavily in the offensive plans in Week 1 against Louisiana Tech.

In total, Burden had just six touches — three carries and three receptions –, but how they manufactured his production gave a glimpse into how bright his future may be. He was featured as a Wildcat quarterback, running in a three-yard touchdown carry.

He was also featured on the boundary in the screen game, where he utilized his elusiveness to score a receiving touchdown. And he was a factor over the middle of the field all the same.

It was a sound debut for Burden and the Tigers as they cruised over Louisiana Tech.

He may have only thrown four passes, but Drew Allar showcased what made him such a special recruit coming out of high school. Somewhat lost in the overall game between the Penn State Nittany Lions and the Purdue Boilermakers, Allar came in for a briefly-injured Sean Clifford in the third quarter. He finished just 2 of 4 for 26 yards, but Allar displayed some special arm talent in those four throws.

In fact, the best throw of the night between Penn State and Purdue was Allar’s third throw of his career. He threw open his tight end in tight coverage, layering it over the defender and away from a closing safety from the opposite hash over 20 yards down the field.

Unfortunately, the perfect pass was dropped, and the drive was cut short. Clifford came back in and won the game for the Nittany Lions, dampening Allar’s impact as Clifford got the glory with a come-from-behind victory.

Let it be known, however, that on just four simple throws, Allar gave hope for better quarterbacking days ahead of the Nittany Lions.

Call C.J. Donaldson what you want in terms of his position — the simple fact is clear: He’s a baller. Donaldson, a high school wide receiver and tight end, stands 6’2″ and tips the scales at 240 pounds. Yet, as Pittsburgh’s defense figured out, he is an incredibly talented and light-footed ball carrier.

West Virginia Mountaineers offensive coordinator Graham Harrell understood that as well, calling seven carries for Donaldson out of the backfield. He rewarded Harrell and the Mountaineers with 125 yards and a touchdown as he averaged a whopping 17.9 yards per carry. With production like that against a defense like Pitt’s, there is no telling just how high this fabulous freshman can fly in 2022.

Making his name known to Missouri fans, Cyrus Allen was dominant both in early and relief action for Louisiana Tech on Thursday. Allen hauled in five receptions for 121 yards and two touchdowns, his second of the night being one of the top plays of the early slate of games. He possesses terrific catch-point and body-control skills for a man at 5’1″, 177 pounds, and has the speed to burn.

With Sonny Cumbie’s offense installed and some more looks, Allen is a player to know in the Conference-USA this season.

Last week, North Carolina fans got a good look at their future. As impressive as Drake Maye was at quarterback, Omarion Hampton stole the show with his abilities. On the ground, Hampton needed just 14 carries to reach 101 yards and two scores. He averaged 7.2 yards per carry and demonstrated an ability to make something out of nothing.

Hampton is also a factor in the return game as he appears to have game-breaking speed and shifty elusiveness. He’ll be must-watch TV whenever UNC plays.

The first two games haven’t quite gone the way of the New Mexico State Aggies to start the year. Yet, under legendary head coach Jerry Kill, New Mexico State may have found their signal-caller to take them to the next level in Gavin Frakes. Coming on the field in relief of Diego Pavia in Week 0, Frakes gave the Aggies a chance to win their season opener against Nevada.

It was all for not on a short week and with travel to Minnesota in Week 1, but the Aggies look to have a potential piece to build around with Frakes.

The Illinois Fighting Illini defense was on top of the game for the most part against Wyoming. Save for a couple of big runs allowed, Illinois stymied the Cowboys’ attack in each facet. Matthew Bailey was impressive in his first game, making multiple tackles and even snapping to break up a pass in his coverage. A big safety at 6’2″, 205 pounds, Bailey showcased some special movement ability as he was able to make plays all over the field.