How far did Bucs, Chiefs and Bills fall? 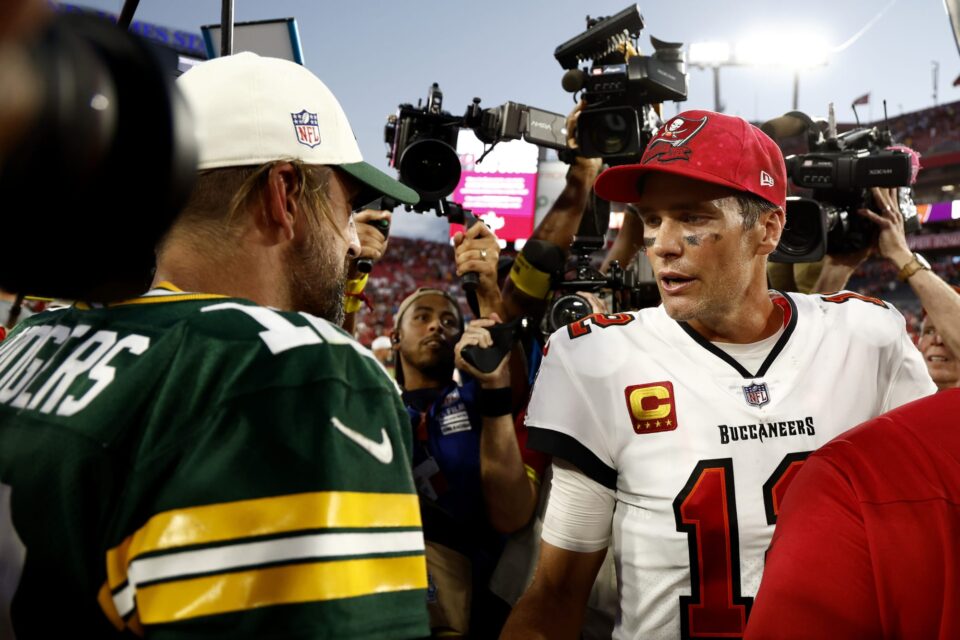 CHICAGO, ILLINOIS – SEPTEMBER 25: Dameon Pierce #31 of the Houston Texans rushes for a first down in the second quarter against Al-Quadin Muhammad #55 of the Chicago Bears at Soldier Field on September 25, 2022 in Chicago, Illinois. (Photo by Quinn Harris/Getty Images)

It was a rough week for some teams that had yet to lose in 2022. And those results had a major impact in the latest version of the NFL Power Rankings.

Congratulations to the undefeated Miami Dolphins and Philadelphia Eagles. The last time there were only a pair of 3-0 teams was back in 2017, when a pair of playoff-bound teams in the Atlanta Falcons and Kansas City Chiefs each won their first three games.

So it’s safe to say that there’s a new team atop this week’s NFL Power Rankings.

After rallying for a home win over the Jaguars on the opening Sunday, the Commanders were pushed around by the Lions early last week. And that seemed to be the case once again as Ron Rivera’s team hosted the Eagles.

Washington was down 24-0 at halftime and had no answers for a Philadelphia offense that rolled up 400 total yards – 160 more than Rivera’s club (240). Carson Wentz was sacked nine times and lost one of his two fumbles.

One year after winning their first three games on the way to a playoff berth, the Raiders are the lone 0-3 team in the league. That’s because in a battle of winless teams in Nashville, Josh McDaniels’ club came up just short.

Quarterback Derek Carr threw for 303 yards and two scores but was picked off once. Carr found Mack Hollins for a nine-yard touchdown with 1:14 to play but failed to come up with the game-tying two-point conversion.

One-time Bears’ head coach Lovie Smith returned to Solider Field and looked to guide the Texans to their first victory of the season. Rookie running back Dameon Pierce enjoyed a solid performance, carrying 20 times for 80 yards and one score. But he also fumbled twice (none lost).

Second-year quarterback Davis Mills threw for 245 yards and a score but also served up a late interception that set up Chicago for the game-winning field goal.

Pete Carroll’s offensive unit failed to score a touchdown last Sunday at San Francisco. Now the Seahawks returned home to face the 0-2 Falcons in what proved to be a very entertaining contest. Geno Smith hit on 32-of-44 throws for 325 yards and two TDs (1 interception).

Seattle’s defense had zero answers for Atlanta’s Cordarrelle Patterson. And after a productive first half which netted 20 points, the ‘Hawks managed a field goal in the final two quarters.