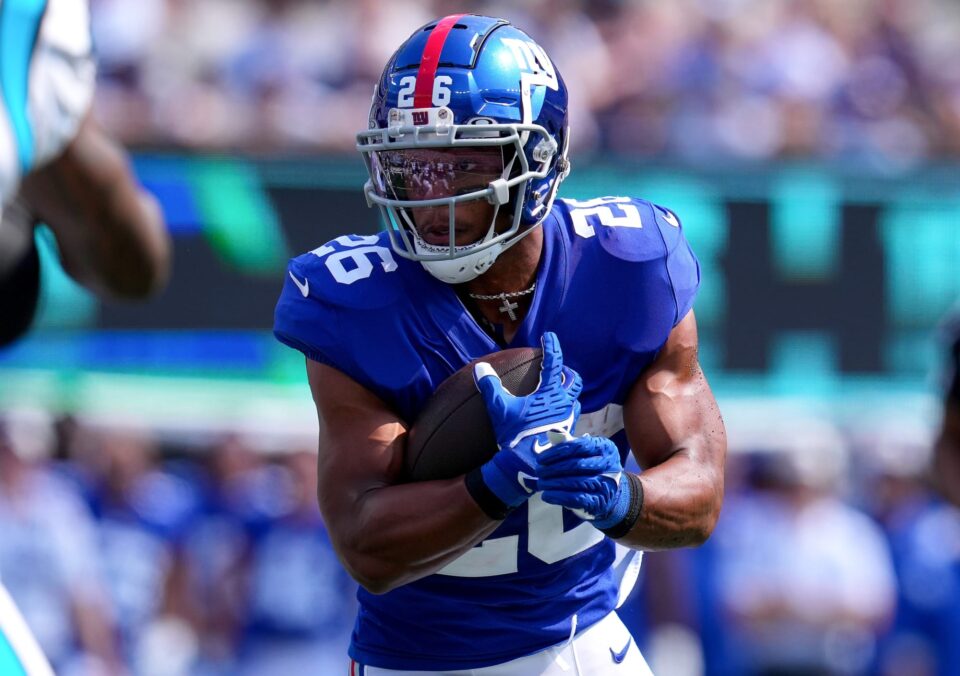 ESPN had quite the animated graphic for New York Giants running back Saquon Barkley on Monday Night Football.

The New York Giants had their first primetime game of the 2022 season, on ESPN’s Monday Night Football, as they took on the rival Dallas Cowboys. As is the case every Monday night game, fans are on the lookout for the animated graphics that ESPN airs.

For the Week 3 edition, they decided to animate Giants running back Saquon Barkley, who is having a bounce back year under new head coach Brian Daboll. So, the network animated both Barkley and Daboll dancing on a piano like in the 1988 film, “Big,” starring Tom Hanks.

Barkley had played very well in his first two games this season. Entering Monday night, Barkley he led the league with 141.0 scrimmage yards per game. That stat was, of course, in the ESPN graphic. You may have noticed it, or were completely distracted by the “Big” parody.

For Barkley, the ESPN graphic is not what fans are going to be talking about. Rather, it will be because of his play on Monday night.

With the game tied 6-6 in the third quarter, Daniel Jones handed the ball off to Barkley, who ran up the middle and into the end zone for an insane go-ahead touchdown.

ESPN wanted to highlight Barkley’s success so far in 2022, and they used quite the example to do so.