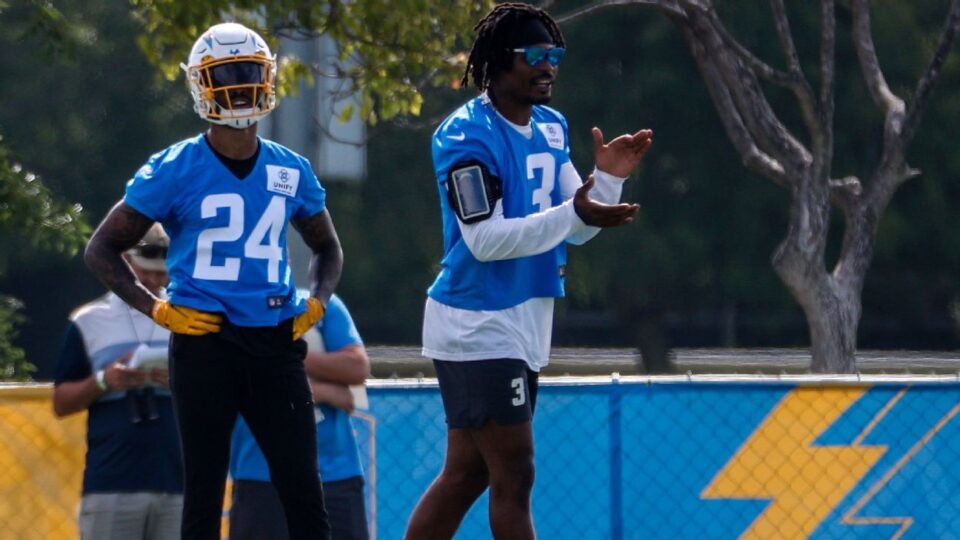 But when Bosa and Mack jogged onto the field, James stayed behind.

A key playmaker on the Bolts’ revamped defense, James won’t be participating in practices until an agreement is reached on a contract extension. The safety is currently scheduled to earn $9 million this season in the final year of his rookie deal.

“There is full respect on both sides,” coach Brandon Staley said about ongoing negotiations between the Chargers and James’ agent, David Mulugheta. “They know how much we love Derwin. Derwin knows how much we love him. We’re just working through that process right now.”

James, 25, is not expected to be made available to reporters until an agreement is reached. However, while representing the Chargers at a charitable event four days before reporting to training camp, James told ESPN, “Yeah, for sure,” when asked if felt good about where negotiations stood.

James is anticipated to earn a deal that will place him among the highest-paid safeties in the NFL. Through four practices, James has stepped onto the field only for walk-throughs and to support teammates during position group drills. He’s received plenty of support in return.

“I’ve been talking to him on the side, obviously, and he’s — I think — doing the right thing,” said Bosa, who agreed to terms on an extension two years ago, only hours ahead of the deadline to report to training camp. “He obviously deserves whatever he’s going to get. He puts in 100 percent every single day. He’s just making the best decision for him right now.”

Navigating his first contract hold-in as a head coach, Staley has attempted to express patience with the process and shied away from providing any expectation of when he’d like James to return to practice.

“Derwin has played so much NFL football, he’s probably the least of our concerns,” said Staley, who finished 9-8 and missed the playoffs in his first season as coach. “We’re going to just let this process play out. As I mentioned, and I believe it’s true, it’s just part of the NFL — when you’re dealing with some of the best players and contracts like this, it takes some time. We’re working through it.”

In 15 games last season, James recorded 117 tackles (tied for No. 3 in NFL among all defensive backs), intercepted two passes, forced three fumbles and had two sacks.

Following his second Pro Bowl appearance last February, James underwent surgery on his left labrum and was limited through the offseason program. He told ESPN before camp that he felt healthy.

“This is the best I’ve felt in the last four years,” James said. “And I can’t wait to go.”

Teammates cannot wait to have him.

“That’s a guy that we definitely need,” receiver Keenan Allen said. “He’s the heart of the defense, heart of the team pretty much.”