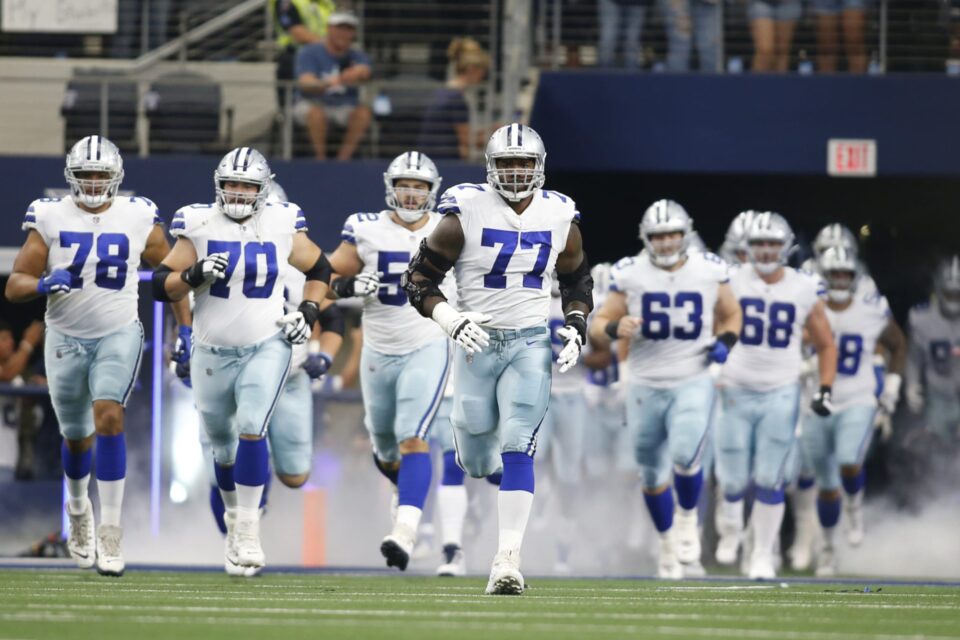 Tyron Smith will be out for the Dallas Cowboys for most of the season, but the team has revealed their plan to replace him while he’s recovering.

For years, it’s been a formality that the Dallas Cowboys were going to have one of the NFL’s best offensive lines. Jerry Jones has made it part of the team’s identity but it was going to be put to the test in the 2022 season already with changes along the interior and with right tackle La’el Collins now gone. Now, the Tyron Smith injury has put the unit into even more question.

Smith suffered an avulsion fracture in his knee, an injury that will keep him out until December at the earliest, if he’s even able to come back then. In the meantime, Dallas will have to find out how to replace him and fans have been wondering what the plan will be.

Executive vice president Stephen Jones and Jon Machota of The Athletic offered some clarity on the matter, though. The expectation is for rookie first-round pick Tyler Smith to move to the left tackle spot but the Cowboys will also be waiting until after cut-down day to bring in veteran help as well.

Although the plan is for the Cowboys’ starting left tackle to be someone on the current roster (likely Tyler Smith) Dallas is expected to add offensive line depth from outside of the building in the coming days https://t.co/CXBxkI5Dyl

The decision to move Tyler Smith to left tackle is far from surprising. Terence Steele appears entrenched as the replacement for Collins on the right side and Tyler Smith was drafted to be the eventual successor to Tyron Smith on the left side. It’s a bit of trial by fire, but the move makes sense.

At the same time, the rookie was also expected to start at left guard by some parties, which will likely mean that veteran Connor McGovern will now take over that role. But the most interesting part is looking for veteran help as it becomes available.

That was always likely going to be necessary for Dallas as the depth along the line was one of the biggest concerns at play heading into the 2022 season. The pressure to find quality players in that capacity is now heightened with their All-Pro left tackle now on IR for the majority of the season. If they don’t, the Cowboys offense could struggle to get out of the gates int he manner that many were hoping they could.