Cowboys’ Jerry Jones is finally doing something about major weakness 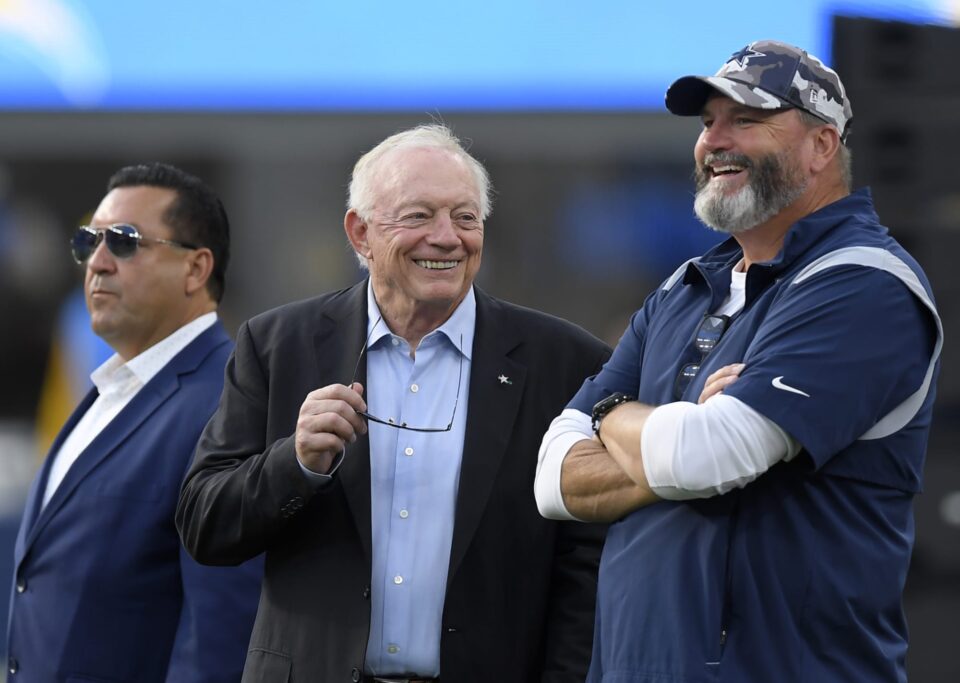 Cowboys fans should be able to breathe a sigh of relief after much inactivity over one of the most important holes Dallas has.

Protecting your quarterback is arguably the most important job when building a roster, and Dallas Cowboys owner Jerry Jones seemed shockingly uninterested in prioritizing the defense of Dak Prescott when Tyron Smith went down with a serious injury during the preseason.

Perhaps he didn’t want to telegraph his moves, but his solution to the injury was not to look at the legit options out there, but simply to say the young players on the roster could fill in.

Now, Jones is finally doing something to rectify the situation, though how impactful it will end up being remains to be seen.

Jerry Jones is bringing veteran Jason Peters in for an interview and physical with the Cowboys. These types of discussions usually mean a signing is plausible, if not imminent.

#cowboys owner Jerry Jones says LT Jason Peters is at the Star in Frisco getting physicals. Plans to meet with him following interview with @1053thefan

Jones scored an impressive 77.5 rating via Pro Football Focus last year with the Chicago Bears. The nine-time Pro Bowler spent his career with the Buffalo Bills and Philadelphia Eagles before his lone season in Chicago.

While Peters is an older player at 40, he could play left tackle, a position of need, in spurts and help fill in so younger players new to the role aren’t overwhelmed right at the start of the season. His presence may not fix all the Cowboys’ problems, but it could help ease them into life without a veteran left tackle rather than ripping the band-aid right off to start the year. Such a move could get them a few wins to build momentum while, most importantly, keeping Prescott safe.

In addition to his capabilities as a tackle still in his late career, his mentoring would be of great use for the Cowboys youthful offensive line.