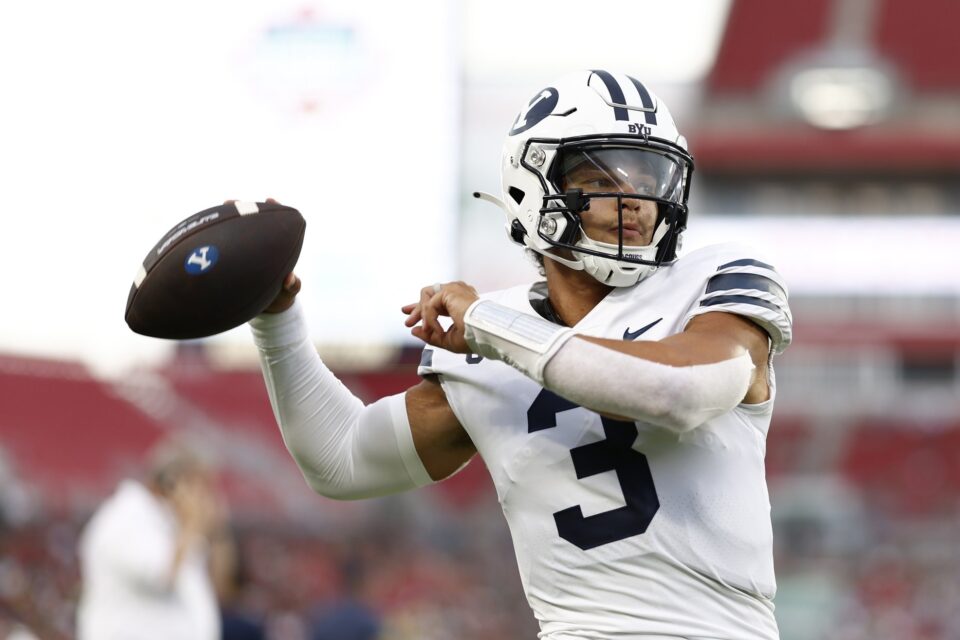 It took extra time, but Jaren Hall and the BYU Cougars secured a marquee victory over the No. 9 ranked Baylor Bears early Sunday morning. BYU’s defense was dominant, and Hall stepped up in big moments to secure a program-ascending win against a top-10 opponent. And in doing so, Hall flashed what makes him a special college football player on and off the field.

Jaren Hall defines what a leader is

The final statistical production won’t showcase what Hall meant to the Cougars on Saturday night/Sunday morning. When it was all said and done, Hall had thrown for 261 yards and a score while rushing the ball 10 times for 28 yards and hauling in a touchdown reception off a perfectly-executed trick play.

For some, a two-touchdown performance, drive-extending plays, and keeping the ball out of harm’s way against a vaunted Big 12 defense is enough to warrant some praise. But for Hall, his leadership qualities were on full display before, during, and especially after the victory. And those moments are what separates him from being just a “talented quarterback” to a true “team leader.”

Leadership is defined as the action of leading a group of people or an organization. Leaders are defined as people who lead a group. And to lead a group, you must understand what your team needs. Those needs will undoubtedly vary, but Hall embodied the qualities that define leadership on Sunday morning.

After missing two would-be game-winning field goal attempts in the matchup’s waning moments, BYU kicker Jake Oldroyd was visibly shaken on the field and on the sidelines. As the game finally went BYU’s way in the second overtime period and fans descended onto LaVell Edwards Stadium’s storied field, Hall didn’t rush to celebrate the victory. He instead went to console his teammate, whose heart had been nearly broken.

In an embrace that lasted no shorter than 20 seconds, Hall said more with a hug than some say during an entirety of a season. 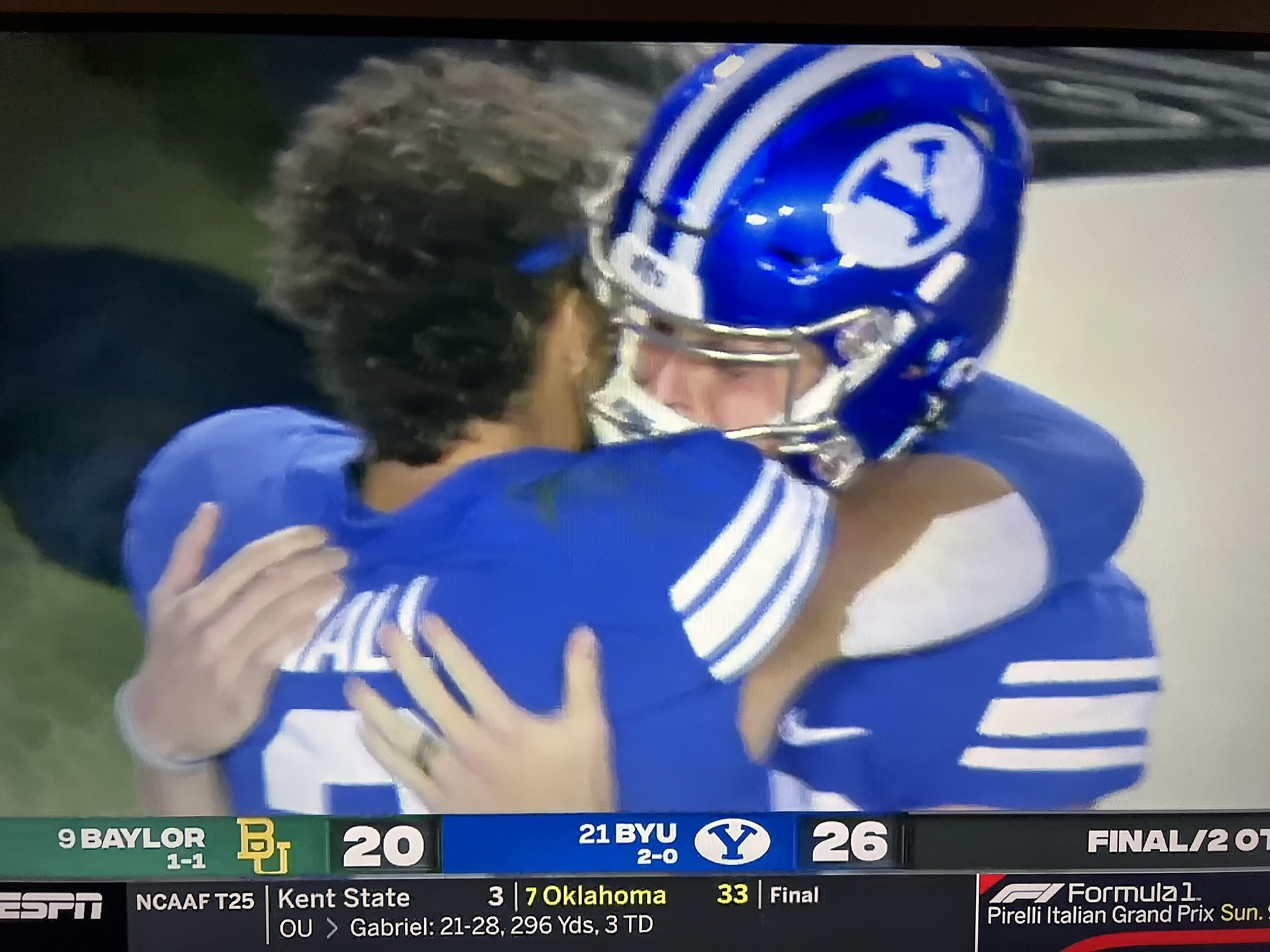 Hall’s leadership carries his teammates in a time of need

It didn’t matter that it was against a top-10 team.

“Whether it’s a top-10 ranked team, whether it’s the last-ranked team, [with Hall] we know that we’re going to go and win that game,” BYU redshirt freshman WR Chase Roberts added following the game.

“When things are not going our way, and it seems like the game is a little out of reach, I look at Jaren, and he’s calm,” BYU RB Lopini Katoa said after the game. “He’s cool, calm, and collected and has all the confidence that we’re going to win the game when our backs are against the wall.”

It certainly didn’t matter if emotions were high and the season was proverbially on the line. Hall had ice in his veins and Royal Blue on his back.

“You know, with Jaren leading the team, his leadership skills, we’re always confident going into any game,” Roberts continued.

It’s a mantra coded into the BYU DNA. Alongside the “next man up” philosophy that was in effect on Saturday night, those who speak the truth are heard. And those who speak the loudest truths are followed in the BYU program. With Hall speaking his truth and the Cougars following him, the stage is set for big things this year.

“Listen, I don’t know if I can do it justice by saying how good his leadership is,” BYU head coach Kalani Sitake said in his postgame press conference. “Our culture is about truth, and it doesn’t matter if you are a walk-on or a captain, if you speak the truth, we’re going to listen. And it takes a really good group of young men who are willing to follow.”

Following Hall has led to some terrific success for the Cougars, who are now 11-3 with him as their starting quarterback dating back to 2019. It is his skill on the field, on the sidelines, in the locker room, and his leadership everywhere in between that makes him who he is today. And it is what makes him a highly thought-of 2023 NFL Draft prospect.

It also is what makes this BYU team a scary team to play for any of their opponents.

“Teams will be scared to play us because of [Hall’s] energy, that confidence, that bond that we have as a team,” Roberts continued.

With Hall leading this team, the sky is the limit for this program in 2022.