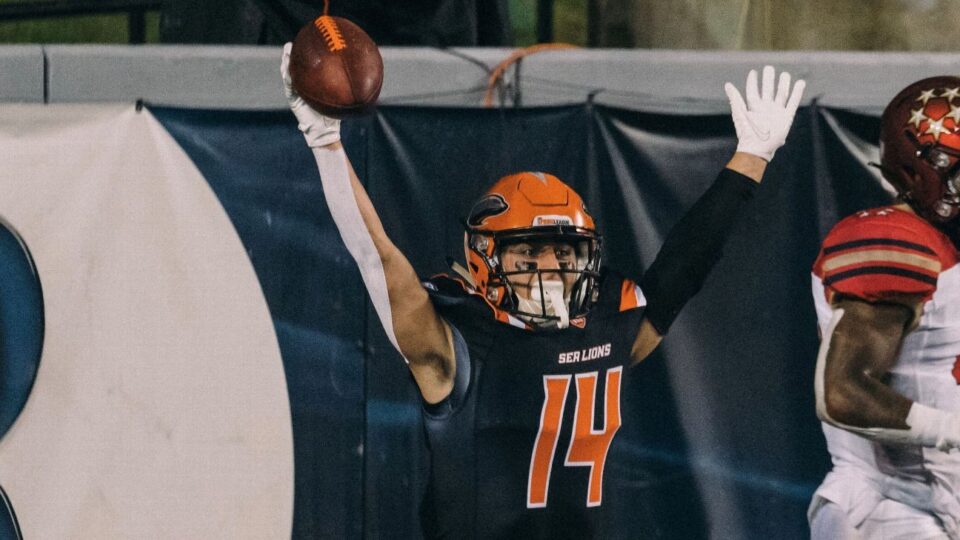 FOXBOROUGH, Mass. — When the New England Patriots were considering hosting Division II receiver Andrew Jamiel for a tryout this week, they reached out to five-time All-Pro cornerback Richard Sherman for a reference.

Sherman told the Patriots the same thing he’s been relaying to Jamiel: “What took you so long! He deserves a shot in the NFL.”

How Sherman became Jamiel’s top advocate highlights the lengths Jamiel has taken to keep his NFL dream alive. When Jamiel graduated from Stonehill College in Easton, Massachusetts, in 2020 — having set many of the school’s all-time records — it was the height of the COVID-19 pandemic.

He was supposed to work out at Holy Cross’ pro day, but it was canceled. He then looked to the Canadian Football League, but its season was canceled, too. So was the XFL’s.

“I was out of options, and knew I needed help; I needed a pro day evaluation coming from a Division II school, so NFL teams would take a look at me,” Jamiel said.

Then one day, as he searched social media, he came across the Fan Controlled Football League, which was advertising open tryouts at a high school field in Atlanta. Sherman is an investor/owner in the league. Quarterback Johnny Manziel and receiver Josh Gordon are among the one-time NFL players to suit up for 7-on-7 indoor games that are played on a 50-yard field, with a one-hour running clock and fans calling plays.

Jamiel’s team, the Glacier Boyz, lost in the championship game in the 2021 season. But Jamiel’s quickness, and knack for getting in and out of his breaks with precision, quickly earned him respect from Sherman, Terrell Owens and others. The 5-foot-9, 175-pound Jamiel was declared a franchise player after he led the league in receptions, receiving yards and receiving touchdowns.

“A lot of the owners are famous athletes, actors, social media personalities. So I knew there would be a lot of hype and a lot of eyes around the league. It was a great opportunity for me, because at that point I had only played against Division II competition,” he said.

“I could have easily competed at the Division I level, and I deserve a shot at a level higher than the FCS. It was awesome to be able to chase my dream of playing pro football, and people taking notice all across the internet that I can play football.”

Jamiel, 25, went on to play in the Spring League (more traditional 11-on-11 football played outdoors), which ultimately led to his call from the Patriots, the team he cheered for growing up on Cape Cod. Former Patriots receiver Julian Edelman is the player he cites as having a major impact on him.

Jamiel arose at 4:30 a.m. on Monday, and his older brother Joseph drove him to Gillette Stadium for a 6 a.m. arrival.

“An amazing experience,” he said. “It was my first official workout with an NFL team, so that whole thing, just walking the halls that these players and coaches go through every day, was great. It made it even more special, because it is the team that is an hour from my house and I grew up watching them and rooting for them.

“But at the same time, I had to get over that, because I know I belong at the NFL level.”

Jamiel spent 4-5 hours at the stadium, going through physical examinations, a workout in the fieldhouse, and then film work with coaches.

He didn’t receive a contract, but said he’s determined to stay ready and possibly add 5-10 pounds of muscle. If the NFL doesn’t call again, he’s prepared to be part of the XFL draft after going through tryouts last week.

“He had a lot of speed, good hands,” Bethel said. “Another thing I liked was if he got beat on a route, and we covered him well, he took direction on how to correct himself to make things better. You could tell he wanted to work hard.

“It’s amazing to hear the things he’s doing to try to get his chance in the league … I hope something happens for him.”

Jamiel is also flattered by the support from Sherman, who has reminded him players can make it from anywhere. Owens has echoed a similar message.

“It’s awesome, because I know those guys wouldn’t say it if they didn’t mean it. Them giving props means a lot to me, because I was always watching them growing up,” he said.

“They weren’t saying anything too crazy like, ‘He could be a great NFL player.’ They were just saying, ‘He deserves a shot.’ I feel the same way.”