Are the Eagles the best team in the NFL? 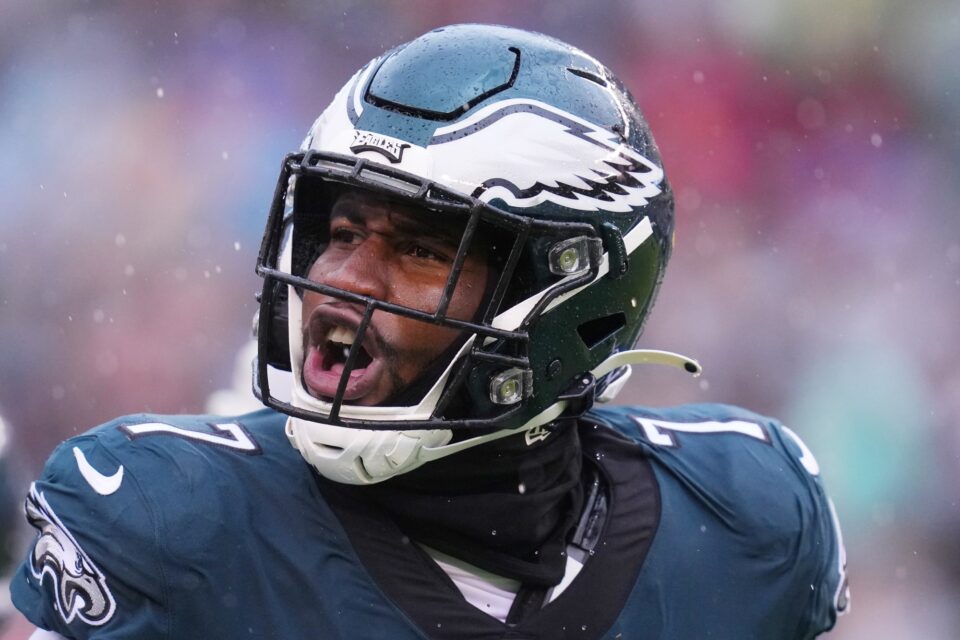 With Week 4 underway, the Philadelphia Eagles make a strong case as the NFL’s No. 1 team as its last remaining undefeated team.

Unsurprisingly, what that tape demonstrates is that this is very much a quarterback-driven league, and its biggest stars tend to take up the slots in weekly power rankings.

But one unsung hero, a young quarterback who has put the team on his back time and again, is the one who exclusively leads an undefeated NFL team. Jalen Hurts, a dual-threat quarterback who has led his team to score at least 20 in every game, has proven that the Eagles can find a way to win no matter the opponent.

True, the Eagles have faced some of the NFL’s most troubled units — the Detroit Lions, the Washington Commanders, the Jacksonville Jaguars — plus a Minnesota Vikings team that barely squeaked out a win against the New Orleans Saints.

But the Eagles have been as dominant as anyone can be with four wins and zero losses. Considering the Eagles’ schedule — ranked as the second-easiest in the NFL, per CBS Sports — they very well could end the season with one of the best records. The real test will come in January.

The Tampa Bay Buccaneers could, and should, be higher on this list, but they have been bitten by the injury bug more than most units so early in the season.

The team has struggled without starting offensive lineman and wide receivers over the course of the past month, with Mike Evans’ absence factoring into their 14-12 loss to the Green Bay Packers in Week 3.

If the Bucs can heal up, they can move up, too.

The Packers are not the high-scoring unit they have been in years past, at least not through the first four weeks.

But this is a team led by back-to-back NFL MVP Aaron Rodgers, and it’s one that still forging those connections with a young wide receiver core.

Rodgers is making those connections with Romeo Doubs and Christian Watson, which means that like Brady’s Bucs, he has room to improve the team’s ranking on this list.

The Buffalo Bills were spectacular through the first two weeks of the season, and every bit the dominant force that early Super Bowl predictions pegged them to be.

But the problem is that Josh Allen is the Buffalo Bills — and in games where Allen becomes limited, by weather or by defense, the Bills become shaky.

Without a run game to speak of, the Bills could face trouble in the coming weeks if teams do manage to contain Allen.

Unlike the other elite quarterbacks leading this list, Patrick Mahomes is leading arguably the most balanced unit of the bunch.

His team is not decimated by injury, and although he did lose Tyreek Hill in the offseason, he is not tasked with building chemistry with an entirely new set of wide receivers. Travis Kelce remains a Chiefs constant, and new receivers like Juju Smith-Schuster and Marquez Valdes-Scantling are already panning out.

And even though Mahomes is the marquee name, the Chiefs do have running backs.

The Chiefs could be No. 1, and perhaps they will emerge from a Sunday Night Football match against the Bucs with a stronger argument. But that showdown between those two teams will demonstrate which of them is truly the more formidable unit — at least for now.

The Eagles are the last undefeated NFL team, but should they be No. 1?

The answer is more complicated than one might imagine. Because they’re in what’s considered to be in the NFL’s weakest division and have already matched up brilliantly to many of the NFL’s weakest teams, the Eagles will likely win most of their matchups.

That doesn’t mean that Jalen Hurts hasn’t been phenomenal, that Miles Sanders hasn’t been immensely productive with the run, or that the Eagles defense didn’t just hold opponents to a singular touchdown in two different games.

But it does need to be factored in, because once the Eagles face any of the other teams on this list, it could become clear that the Eagles aren’t able to conquer it all.

For now, they likely will.