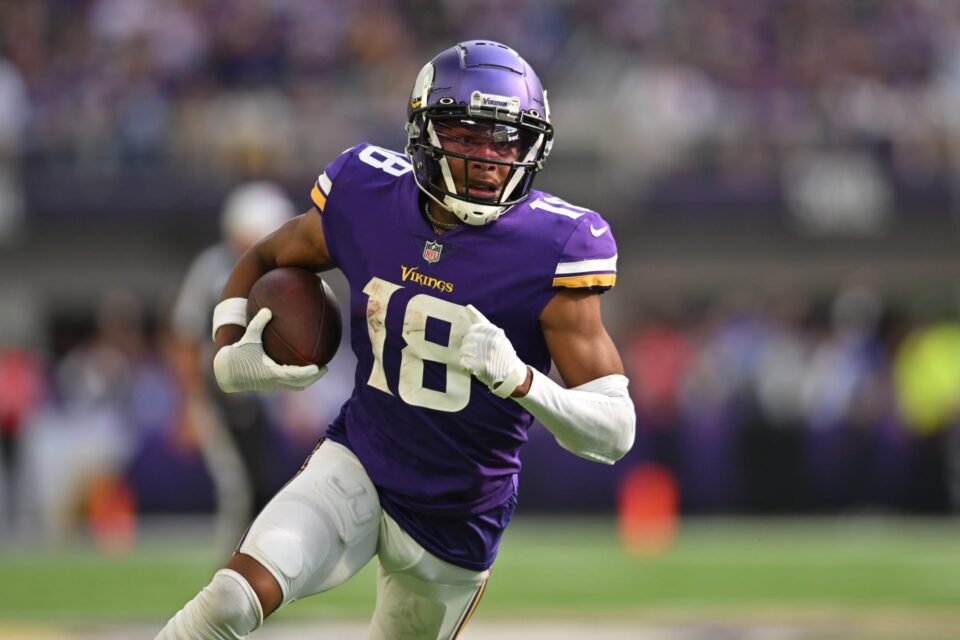 The Minnesota Vikings entered a new era this season, as they have a new head coach in Kevin O’Connell and a new general manager Kwesi Adofo-Mensah. But, the offense was essentially the same, led by star wide receiver Justin Jefferson. In Week 1 against the rival Green Bay Packers, Jefferson made a statement.

In Minnesota’s 23-7 victory, Jefferson caught nine receptions for 184 yards and two touchdowns on 11 targets. After the game, Jefferson received some huge praise from Packers quarterback Aaron Rodgers, calling him the “best player in the game today.”

Jefferson made an immediate impact. On the opening drive, Jefferson caught two passes, one for 20 yards and the other for 22. But on fourth-and-one at Green Bay’s five-yard line, quarterback Kirk Cousins connected with Jefferson for a five-yard touchdown.

In the middle of the second quarter, Jefferson was open and caught a pass for a huge 64-yard gain.

Then on Minnesota’s penultimate drive of the first half, Cousins hit Jefferson for a 36-yard touchdown to extend their lead to 17-0.

In the first half alone, Jefferson caught six passes for 158 yards and two touchdowns. The yardage through the first two quarters alone was more than the total yardage the Packers receivers picked up in the entire game, which was 95 yards.

Jefferson recorded over 1,000 yards receiving in each of his first two years in the NFL. He is on pace to do it again after one game, and he may just do it by a wide margin. He will look to have another big game in Week 2 when the Vikings take on the Philadelphia Eagles.