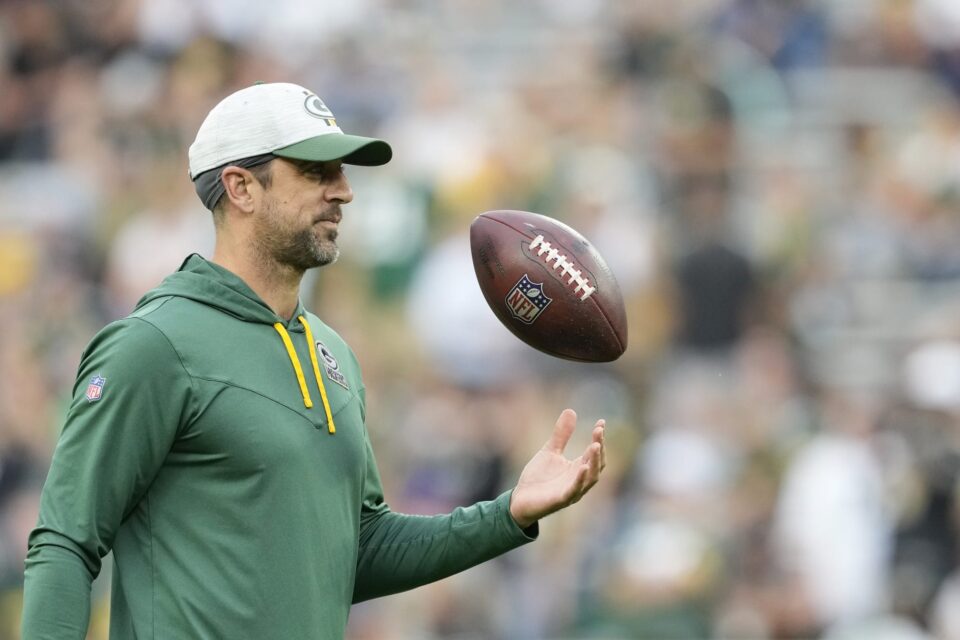 Given the events of the past year, it should come as no surprise that Green Bay Packers quarterback Aaron Rodgers is a fan of Joe Rogan and his podcast. However, with the 2022 NFL season just two weeks away from kicking off, it’s a little shocking that Rodgers appeared on the podcast with Rogan this week.

While the episode had already been out for a few hours, it came into the full view of the football world — a group who apparently is not locked in waiting for the next episode of The Joe Rogan Experience — when Rodgers announced his appearance on the show via Twitter.

In the three-hour-long episode, though, Rodgers covered a ton of topics from his vaccination controversy, politics at large, his ayahuasca journey, his experiences in the NFL and more. But as we look at the totality of what he said, three moments stand out as being the biggest bombshells the back-to-back NFL MVP dropped.

Shoutout to his story about his teacher calling him a “spoiled” and “entitled” while saying he wouldn’t make it to the NFL, him once again clarifying he had a broken toe and not “COVID toe”, and his transformative experience with psychedelics, but these were the biggest WTF moments from Rodgers’ interview with Rogan.

3. Aaron Rodgers ‘mopped the floor’ with ‘stooge’ who confronted him about vaccination

Though Rodgers has been steadfast in defending his decision to not get the COVID vaccine (as further evidenced by much of the conversation with Rogan), he’s rarely been outright combative about his decision or anyone who has tried to persuade him otherwise.

That’s why it was a bit wild to hear him talk about the NFL sending a “stooge” to “virtue signal” NFL teams so they could celebrate the league as a whole’s compliance with getting the vaccine. When Rogan then asked what happened when that person came to him and the Packers, Rodgers very pointedly said, “Oh, I mopped the floor with him.”

“Day 3 of training camp, they sent this stooge in and he showed these slides on what your vaccination percentage was on your team, where you compare to the rest of the league,” Rodgers said. “And I started asking him questions about liability.”

Rodgers then said that the so-called stooge said that he wasn’t a lawyer before talking to him about the perceived wrongs from the NFL that there weren’t exemptions, that there was no consideration for personal health issues, and so on.

All told, it was a bit jarring to hear Rodgers, who has been relatively mild-mannered about the topic, talk about being a bit confrontational behind the scenes.