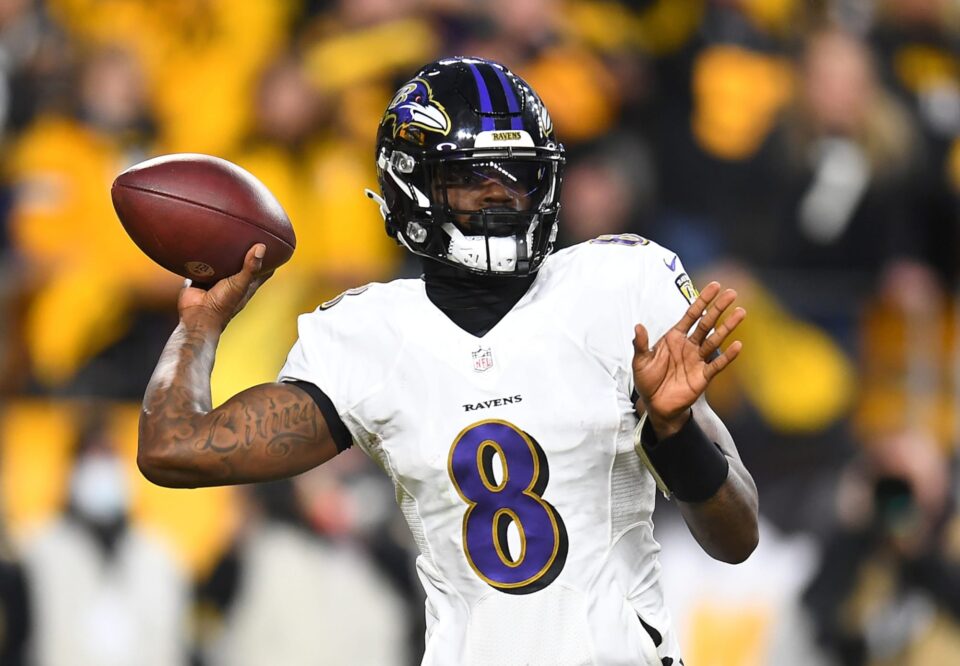 With contract talks tabled until after the season now, where could Lamar Jackson end up in 2023?

Operating without an agent and staying away from offseason work for the first time in his career, it was an odd offseason for Baltimore Ravens quarterback Lamar Jackson. He’s lined up to get a big contract, entering the 2022 season set to play on a $23 million fifth-year option.

Lamar Jackson will now play for about $23 million on the last year of his rookie deal, with a probable franchise tag looming in 2023. https://t.co/VzTvZrxM83

It can be argued Jackson, with an MVP on his resume, deserves a better deal than Deshaun Watson and Kyle Murray got. Watson’s fully guaranteed deal is in its own category for a number of reasons, and the Ravens don’t seem willing to go that way with a fully guaranteed deal for Jackson anyway.

Jackson set a deadline — however artificial it may be — of Friday for contract talks with the Ravens. Friday morning, Ravens General Manager Eric DeCosta released a statement confirming a deal was not going to be done.

“Despite best efforts on both sides, we were unable to reach a contract extension with Lamar Jackson,” Ravens general manager Eric DeCosta said in the statement. “We greatly appreciate how he has handled this process and we are excited about our team with Lamar leading the way. We will continue to work towards a long-term contract after the season, but for now we are looking forward to a successful 2022 campaign.”

Contract talks are now tabled until February, theoretically, which opens the door, if only slightly, for Jackson to hit the open market and leave the Ravens in March if negotiations still don’t get anywhere substantive.

If Trey Lance struggles this season, the San Francisco 49ers could have a big quarterback question mark with a team that is otherwise ready to win at a high level. Maybe removing the shadow of Jimmy Garoppolo will help Lance get it going next season, but it’s possible a different move to add a starter would come.

The Ravens have shaped their offense around Jackson’s dual-threat skill set. Kyle Shanahan seems to envision having a mobile quarterback to fully unleash his offense. While Lance fits that bill, what he does this season will give the 49ers’ head coach strong indications if he’s got his guy or not.

It will take some cap maneuvering for San Francisco to make room for Jackson, but they can get it done if he’s an option next offseason.