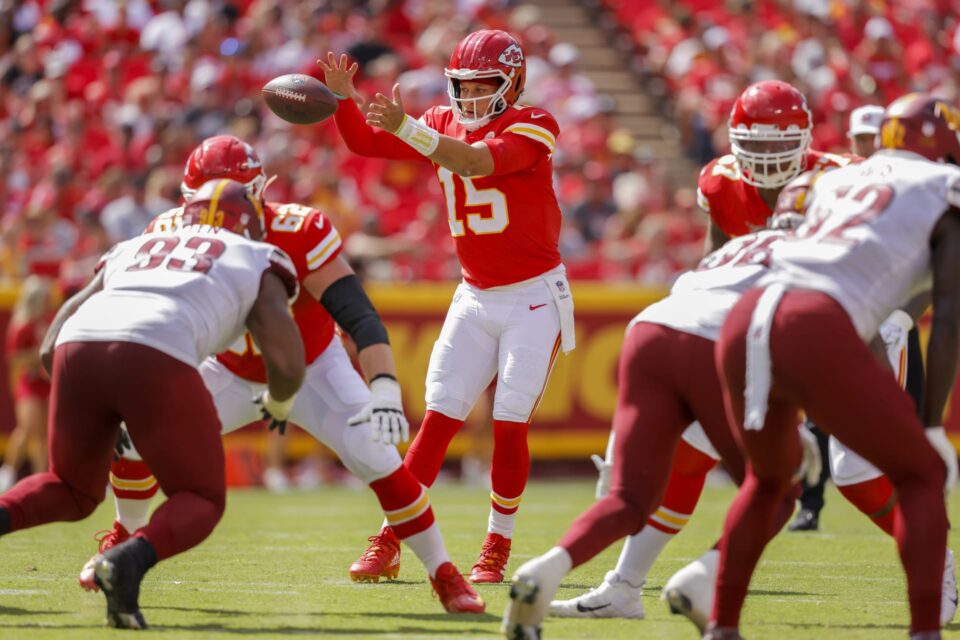 INDIANAPOLIS, IN – AUGUST 27: Tom Brady #12 of Tampa Bay Buccaneers throws the ball during an injury timeout during the preseason game against the Indianapolis Colts at Lucas Oil Stadium on August 27, 2022 in Indianapolis, Indiana. (Photo by Michael Hickey/Getty Images)

The Philadelphia Eagles and Kansas City Chiefs are among the NFL teams that should be on upset alert in Week 1 of the season.

Every NFL fan is eagerly anticipating the start of the season with Week 1 action. Getting a win to start the campaign is a big confidence boost and could be the springboard to a postseason run but the chalk won’t always hold in the league where they play for pay.

Throughout the course of the season, we will use this space to take a look at three teams that are in jeopardy of getting upset in a given week. All lines referenced in this story each week will come from the DraftKings Sportsbook. Let’s get started with a look at a potential NFC favorite that should be on upset alert in Week 1.

Teams that should be on upset alert in Week 1

The offseason has been an interesting one for the Buccaneers, who have seen a lot of turnover on offense with Rob Gronkowski opting not to return and some major reshuffling on the interior of the offensive line. Tom Brady also retired, returned, and left training camp for a few weeks for reasons that may or not be a cover for an appearance on The Masked Singer.

Tampa Bay hits the road in Week 1 for a rematch of last season’s thrilling opener against the Dallas Cowboys as 1.5-point favorites. While there is no doubt that the Buccaneers are the better team, all of the turnover and the unusual nature of their camp could leave them vulnerable to an upset on the road.

This game is also an important one for the Cowboys, who are trying to establish themselves as a threat in the NFC despite some significant personnel changes over the winter. Dallas’ strong defense could be the difference here and send the GOAT off to an 0-1 start if the Buccaneers aren’t careful.