3 surprise cuts the Patriots could make by Week 1 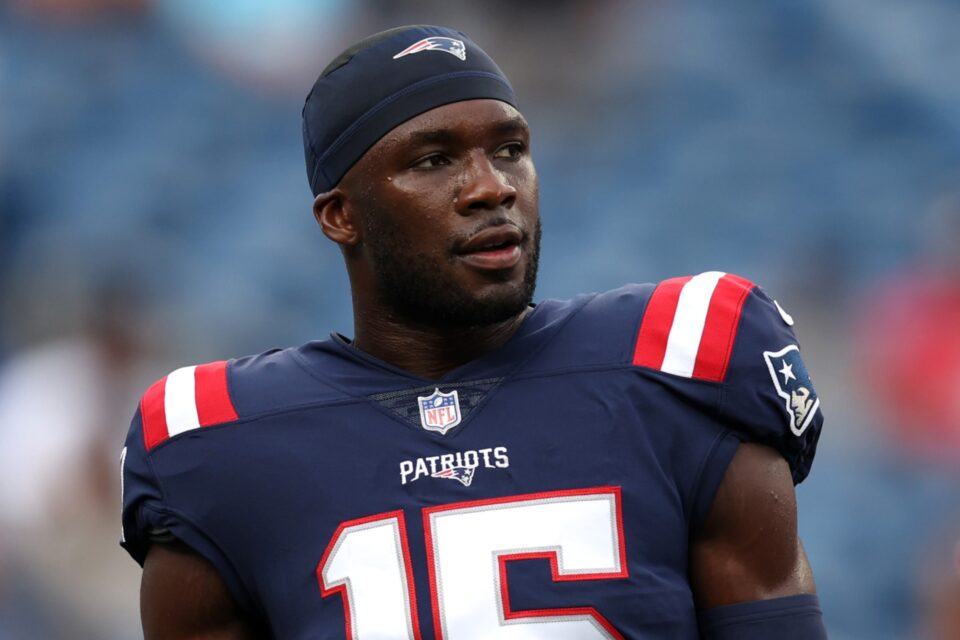 The New England Patriots are weeks away from the start of the regular season, and three notable players could be watching from afar.

It’s that time of the year. From 80-53, the New England Patriots are not exempt from that reality. They will have decisions to make. Soon, coaches and general managers will gather to discuss which players they will proceed with and to whom they will say goodbye.

Each year, some players perform so well in the preseason that coaches take notice and reward them with a roster spot. The opposite is for those who don’t. Also, there are instances where teams run out of room and end up losing an outstanding player.

It’s a rough process but also surprising, particularly for those who thought they would stay but ultimately have to turn in their playbooks. That’s where the suspense comes in, and for a few Patriots, it’s about their competition stepping up instead of slowing down — the natural business of the NFL.

Now that the situation has been presented and everything is in place, let’s take a look at three players who, name-wise, were thoughts to be safe on the roster but could find themselves searching for a new team by the end of the preseason.

This would be a big surprise given the current state of affairs with the wide receiver position in New England. However, it’s not out of the realm for the Patriots if they wish to move on, and it may have to do with the current cap structure of Agholor’s contract.

However, it would not be a good move, mainly because the receiving corps in New England is lacking, and the loss of Tyquan Thornton for some time due to an injury leaves them with a hole in their speed arsenal. So, cutting Agholor would be a mistake.

However, the cap hit that Agholor’s contract currently has might be a reason to restructure or part ways with. Additionally, last season Agholor had 37 catches for just over 400 yards and three scores. Not exactly significant monetary value and big production. Just something to keep an eye on.