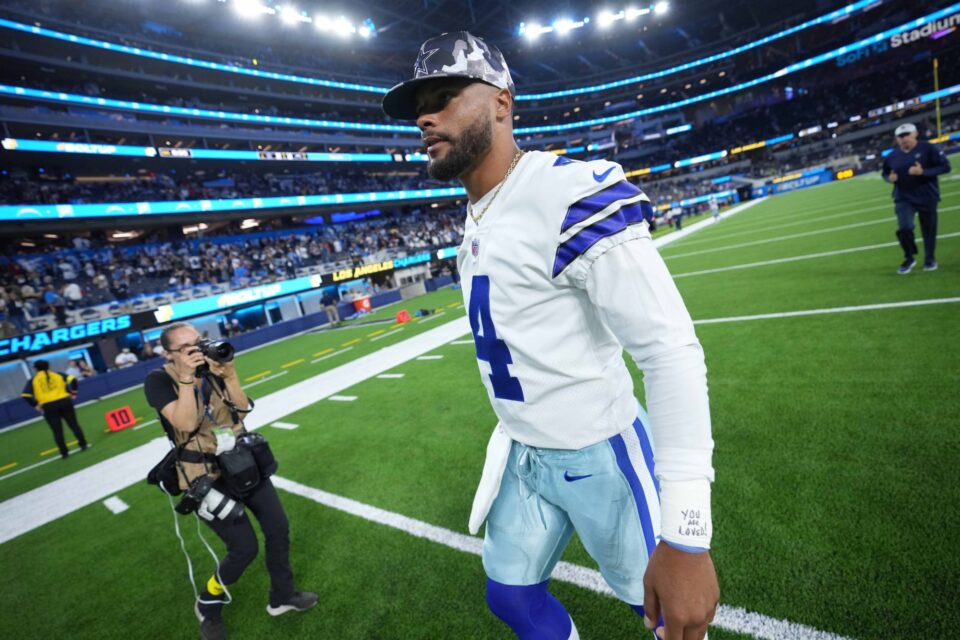 Losing an ugly Week 1 game was bad enough for the Cowboys but an indefinite injury for Dak Prescott could have the team scrambling for a lifeline.

The Cowboys came into the 2022 season worrying about preseason injury to Dak Prescott but he made it back in time to start in Week 1.

He didn’t get through one game before another serious injury arrived.

Prescott broke his finger during the second half against the Buccaneers and is now set for surgery that will keep him out for “weeks.”

Cooper Rush is Prescott’s backup. All due respect to him, but he’s not a great longterm option for a team with playoff aspirations.

So who can Dallas turn to?

Wait, is this 2020? No, thankfully it’s not. Unfortunately, the Cowboys just find themselves in exactly the same conundrum as they did back then, in desperate need of a quarterback because of a Prescott injury.

Gilbert was cut by the Raiders earlier this year, so he’s available.

Is he a savior? Absolutely not, but he’s a veteran stop-gap if Cooper Rush isn’t a sufficient enough replacement.