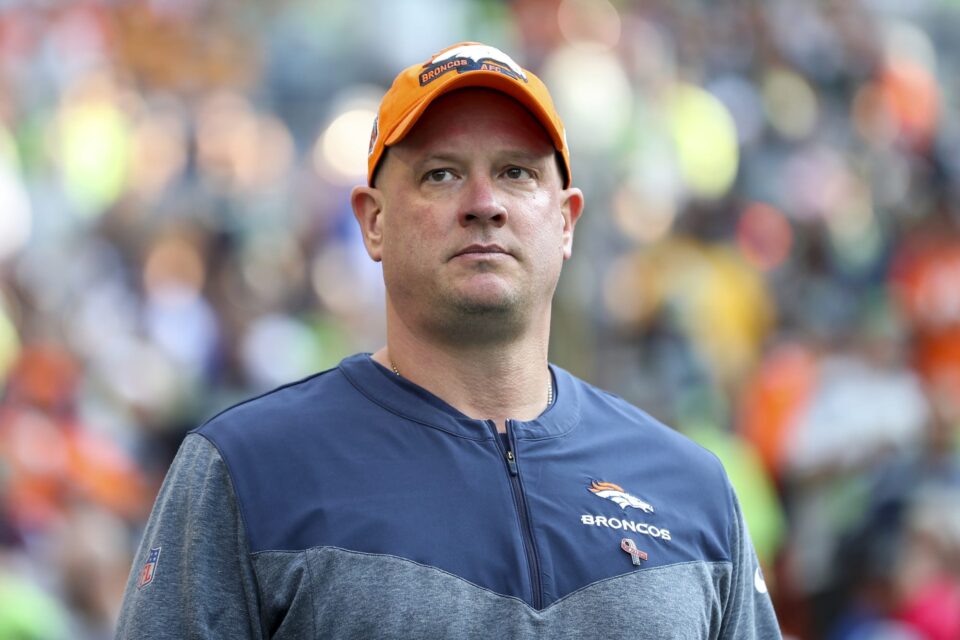 The Denver Broncos are 0-1 on the year after a complete botch job of a final drive by first-time head coach Nathaniel Hackett.

Simply put, Nathaniel Hackett couldn’t hack it when it mattered the most for the Denver Broncos on Monday Night Football.

While this is his first time being an NFL head coach, he had the better team entering the matchup. Yes, it was at the Seattle Seahawks, a team still led by one of the best head coaches at both levels in Pete Carroll. Despite it being Russell Wilson’s not-so-friendly homecoming to the Pacific Northwest, the Broncos go back to Denver with a loss that should have ended in a game-winner.

Hackett has to learn from this, but what a terrible final drive for the first-time head coach…

Denver Broncos: 3 mistakes by Nathaniel Hackett that cost them on final drive

3. Too much short passing underneath, really needed to let Russ cook instead

While points were at a premium in the second half, Hackett got a little too cute on what was the Broncos’ final drive of the game. Denver was able to cut the deficit to one point after a 40-yard field goal made the previous possession by sure-footed Broncos kicker Brandon McManus. After forcing the Seahawks to go three-and-out in their ensuing possession, it was time to go win it…

So Denver got the ball on its own 22-yard line with 4:02 left on the clock. Hackett may be a first-time head coach, but Wilson has orchestrated so many winning drives in his hall-of-fame career. The Broncos only needed a field goal, but had time and most importantly, momentum on their side. Instead, Denver was a bit too methodical in trying to matriculate the football down the field.

In 3:47, the Broncos went only 32 yards before attempting a 64-yard field goal with 20 seconds left on a fourth-and-5 with two timeouts remaining. We will get to the utter madness of those concepts momentarily, but this was an opportunity for Hackett to let Russ cook. Sadly, the Broncos did not have a play that went over nine yards over the course of four minutes of action.

Denver traded for Wilson for him to be a difference-maker in scenarios like these, and they blew it.