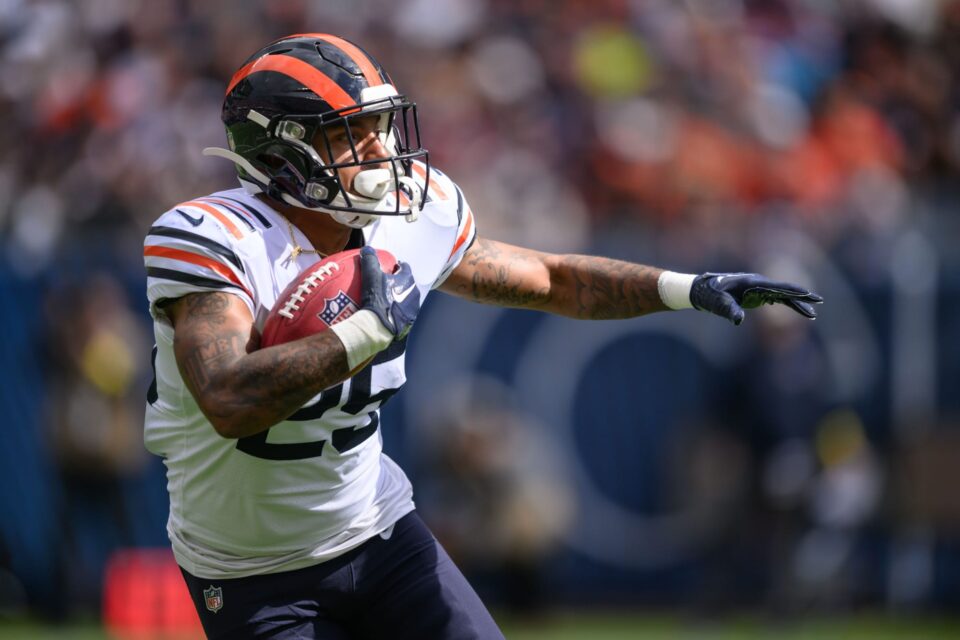 Week 11 of the NFL season features several fantasy sleepers at the running back position, which is one of the toughest positions to predict.

It’s Week 11 of the NFL and fantasy football season, and as the regular season nears a close, fantasy managers have their sights set on a push for the playoffs. Finding a sleeper at the running back position — with guys like Kenneth Walker, Travis Etienne Jr., and the Dolphins’ running backs on bye — can be huge this week.

With the hip injury to Khalil Herbert that caused him to land on injured reserve, Trestan Ebner is the next man up in Chicago. With only 18 carries on the year, Ebner takes over what has been a sneaky big role for the Bears, as Herbert has the most rushing yards among Bears’ running backs.

According to the Chicago Tribune, Ebner could be in line for an increased workload following the Herbert injury. This, and the fact that the Bears have been reluctant to give David Montgomery true bellcow usage this season makes Ebner a name to keep an eye on. While he likely won’t be fantasy-startable this week, he’s a smart stash and cheap DFS play.

Kyren Williams made his season debut (not counting the Week 1 injury on the opening play) and turned four touches into 39 yards. He also surprisingly out-snapped Cam Akers 16-10. Darrell Henderson Jr. still remained the lead back, but it’s fair to wonder how long that continues with how inefficient he’s been this season.

I get it — the Rams’ offense has been tough to watch. Now without Cooper Kupp, it has the potential to be even worse. This could actually mean good things for Williams, as Sean McVay may decide to give the rookie a shot in the midst of a lost season. He operated as the primary pass-catching back in Week 10, and his snaps can only go up from here.