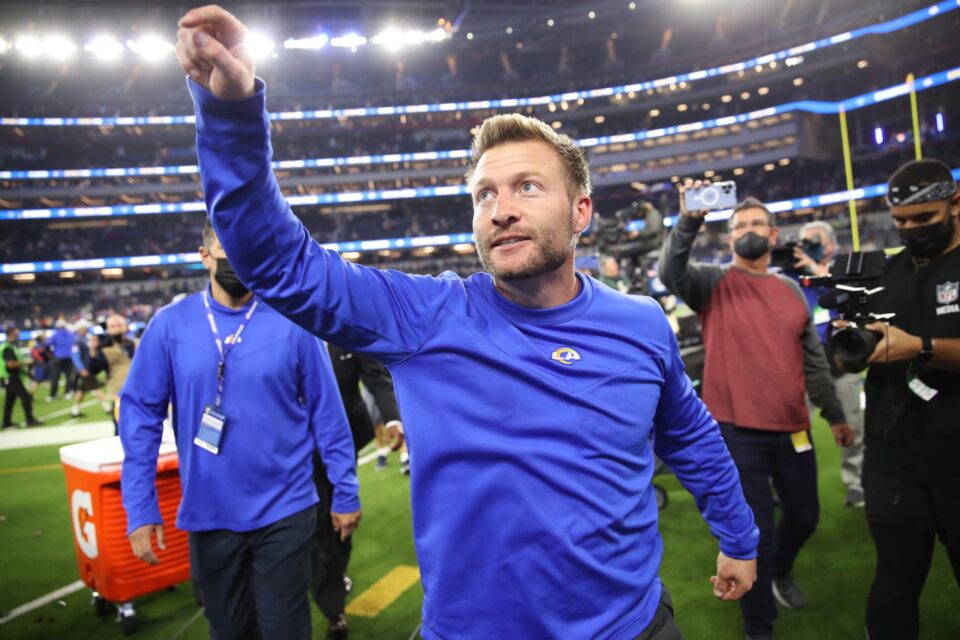 The Los Angeles Rams have extended head coach Sean McVay and general manager Les Snead, which will only further their reign atop the NFC.

McVay and Snead have earned their money, that much is certain. After winning the team’s first Super Bowl since the Greatest Show on Turf, every franchise in football is employing some version of the Rams model — several even hired head coaches that look eerily similar to McVay.

The pair have been extended through the 2026 season, the team said in a statement.

“As an organization we constantly strive to better ourselves every day. This requires selflessness, dedication and great leadership throughout,” Rams Owner/Chairman E. Stanley Kroenke said. “Sean and Les personify this mindset. They have been crucial to many of our successes that transcend wins and losses. They epitomize the ‘We not me’ mantra that permeates the entire organization. Their extensions are well deserved. We look forward to many more exciting seasons at SoFi Stadium as Sean and Les continue to play meaningful roles within the organization and throughout the community.”

McVay and Snead have worked together since the 2017 season.

Rams fans, for obvious reasons, are thrilled. As for supporters of rival teams? Well, not so much.

Following their Superbowl thievery fixed it for you

remember when he had no answers for Bill in super bowl 53?😂😂😂 overrated fraud carried by his superteam

So jealous of this partnership. A GM and a HC on the same page focused on football and football only. It could all be so simple https://t.co/qbcl0m7Smc

Essentially, most NFL fans wish they had a head coach-general manager duo as capable as McVay and Snead. Very few teams do, and the fact that the team announced the extensions just prior to the start of the season can only add to the intrigue of Thursday’s opener.

Los Angeles remains Super Bowl champions until they’re dethroned next February. If the Rams have it their way, a repeat celebration will be in order.